Controversial MLA Gopal Kanda on Friday extended his support to the BJP in Haryana claiming that his family had been associated with the RSS since 1926. However, his unconditional support for the BJP did not go down well with senior saffron party leader Uma Bharti, who reminded her own party of its moral responsibility. 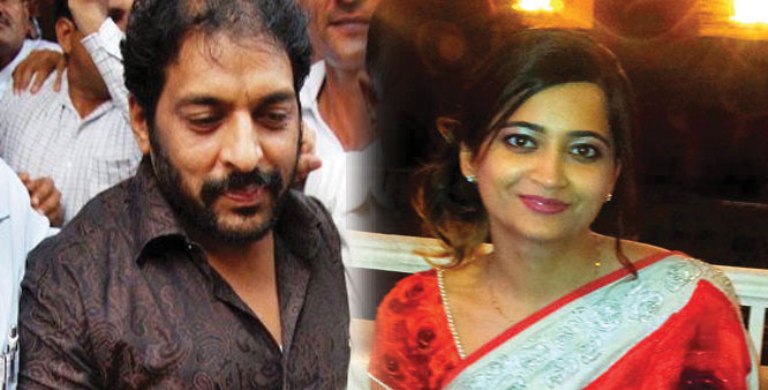 News agency ANI quoted Kanda as saying, “All independent candidates have extended their unconditional support to BJP. My father was associated with the RSS since 1926, fought 1st general elections of the country after independence on Jansangh ticket.”

Kanda was named as a prime accused in the suicide of Geetika Sharma in 2012, Geetika was an air hostess in an aviation company owned by Kanda. The controversial politician had to spend one year in jail.

In a series of tweets, Bharti wrote, “I’ve been informed that an independent MLA known as Gopal Kanda may also support us. I have to say a few things on this.”

Her subsequent tweet read, “If Gopal Kanda is the same person who was the reason for the suicide of a girl and her mother too had committed suicide after she failed to get justice. The matter is currently before a court and the man is out on bail. Whether he is innocent or guilty, the law will decide. But his winning an election does not absolve him. There are many factors in an election victory.”

Reminding the BJP leadership of its moral responsibility, Bharti wrote, “I want to request the BJP that we mustn’t forget our moral responsibility. We have a powerful personality such as Narendra Modi and not just India but the whole world is with Modi ji…We should form our government in Haryana but decide that we have people of clean character with us.”

The Congress too took to Twitter to write, “BJP’s new kingmaker – A rape and abetment to suicide accused Gopal Kanda. In 2012 , a 3 member team of the NCW headed by @shaminaaaa, visited Kanda’s office in Gurgaon and questioned Kanda’s legal advisor in the Geetika Sharma case.”

In 2012 , a 3 member team of the NCW headed by @shaminaaaa , visited Kanda’s office in Gurgaon and questioned Kanda’s legal advisor in the Geetika Sharma case#KandaBJPSeBetiBachaohttps://t.co/b8Vktlpn3j

In the recently-concluded assembly polls, the BJP won 40 out of 90 seats and fell short of a majority in the state assembly. Independents including Kanda have reportedly extended their support to the BJP after they flew to Delhi in a special chartered plane to meet Home Minister Amit Shah on Thursday night.