BJP’s Pankaja Munde, who once attained notoriety for finding a selfie opportunity in one of the worst human tragedies in Latur in 2016 and complained of her make-up getting smudged, on Thursday lost her elections. A tweet by IANS, now deleted, said that Munde broke down after learning that she had lost the election to her estranged cousin Dhananjay Munde of the Nationalist Congress Party by more than 30,000 votes. 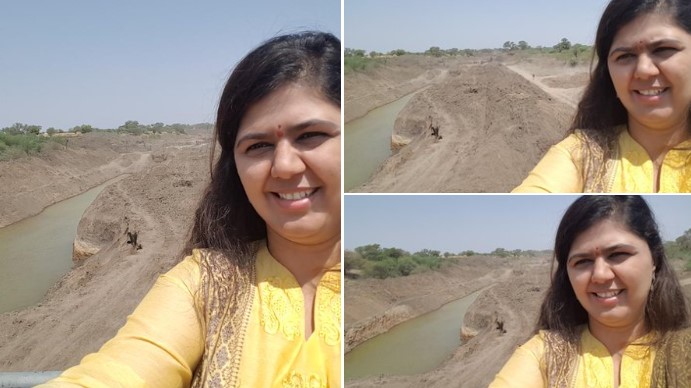 While Dhananjay Munde received 122114 votes, Pankaja had to contend with just 91413 votes.

Her defeat came on a day when her party’s overall tally in Maharashtra assembly also came down from 122 in 2014 to 105 in this year’s elections. Its alliance partner, the Shiv Sena, was set to win 56 seats, seven less than what it won five years ago. While the Congress added two more seats to its 2014 tally, the NCP emerged as the real winner; Sharad Pawar’s party set to win 56 seats.

In 2016, Munde had courted a huge controversy after she posted her selfie from Latur, which was suffering from one of the worst water crises in its history. Many including her own supporters had found her decision to use her trip to crisis-hit Latur as a tourist destination in extremely poor taste.

Selfie with trench of said barrage Manjara .. one relief to latur .. pic.twitter.com/r49aEVxSSk

There were also reports that Munde had even complained of her make-up being smudged due to the soaring heat of Latur during her trip in 2016.

Munde did not find many supporters on social media after the news of her defeat arrived.

Both Amit Shah and Narendra Modi had campaigned for her.#ElectionResults2019 pic.twitter.com/yIT83iCswU

Modi campaigned vehemently for most corrupt #pankajamunde and turncoat , both are getting defeated by voters . pic.twitter.com/ItxKCVNDBd

Many people are surprised because #pankajamunde is trailing. Its not surprising at all because people know what she has done in parli constituency. On the other hand #DhananjayMunde did his best to get this seat n he is leading with 26,000 votes. Big margin. #ElectionResults2019