Goa Deputy Speaker, Michael Lobo, has confirmed that Chief Minister Manohar Parrikar was indeed ‘very ill’ but added that the new ‘CM will be from the BJP’ if ‘something happens to him.’ His comments came amidst several local media reports said that Parrikar had slipped into a coma. 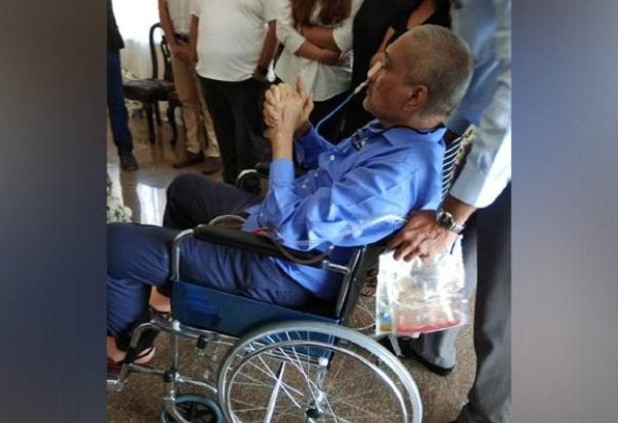 “Leadership in Goa won’t change. Till Parrikar is here, only he’ll remain the Chief Minister & no one has made the demand to replace him. We’re praying that he gets well, but there are no chances, he is very ill. But if anything happens to him, new CM will be from BJP.” Lobo was quoted by news agency ANI.

Lobo, according to ANI, added, “We are praying to God that he should get well, but there are no chances of him getting well…He’s very ill. It is almost…”

Lobo’s comments came after the Chief Minister’s Office issued a clarification refuting claims made in local media on Parrikar’s health. The tweet by Goa CMO said, “With respect to some reports in media, it is hereby stated that Hon’ble Chief Minister @manoharparrikar’s health parameters continues to remain stable.”

The opposition Congress on Saturday had staked claim to form the government. Leader of Opposition Chandrakant Kavlekar had written to Goa Governor Mridula Sinha claiming that  the BJP government in the coastal state was in minority.

Kavlekar said in his letter to Sinha, “Consequent upon the sad demise of Francis D’Souza, MLA, who belonged to the BJP, it is humbly submitted that the incumbent BJP-led state government under the leadership of Manohar Parrikar, which has long lost the trust of the people and now also lost strength in the House,” Mr Kavlekar said in the letter.

He urged the governor to invite the Congress to form the government since it was the single largest party in the 40-seat Goa assembly.

Earlier on Saturday, several BJP MLAs and leaders from coalition parties had visited his house. Quoting local media, TV channel Goa 365 had said that Parrikar slipped into a coma. However, this was later denied by Parrikar’s office.