The Congress on Saturday released a new list of candidates for this year’s Lok Sabha polls for Uttar Pradesh, Kerala, Arunachal Pradesh and Chhattisgarh. Notable names in the list are Shashi Tharoor, who will contest from Thiruvananthapuram in Kerala, while former Arunachal Pradesh Chief Minister Nabam Tuki has been fielded from Arunachal West constituency. 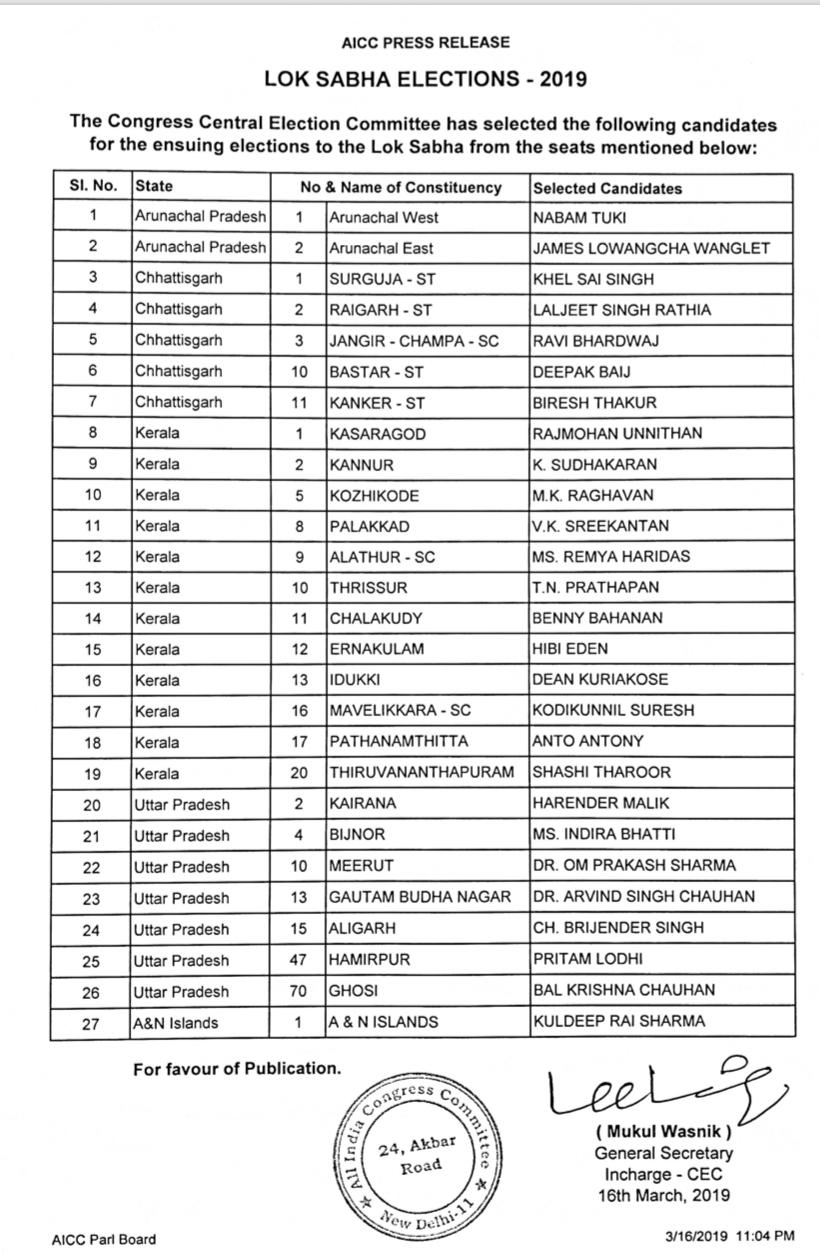 The party also released a list of four candidates from Cahhttisgarh, where it ended the 15-year rule of the BJP last year. Saturday’s list also included names of seven candidates for Uttar Pradesh, where it has struck an alliance with Apna Dal.

Announcing the deal with Apna Dal, the party had said on Saturday that ‘INC and Apna Dal have entered into an alliance – the congress party has reserved two seats for the alliance- Pilihibit and Gonda.’