Former Goa Chief Minister Digambar Kamat has made a huge statement on rumours of joining the BJP. Kamat, who won from Margao seat in the 2017 assembly elections, said that he wouldn’t join the BJP to commit political suicide. 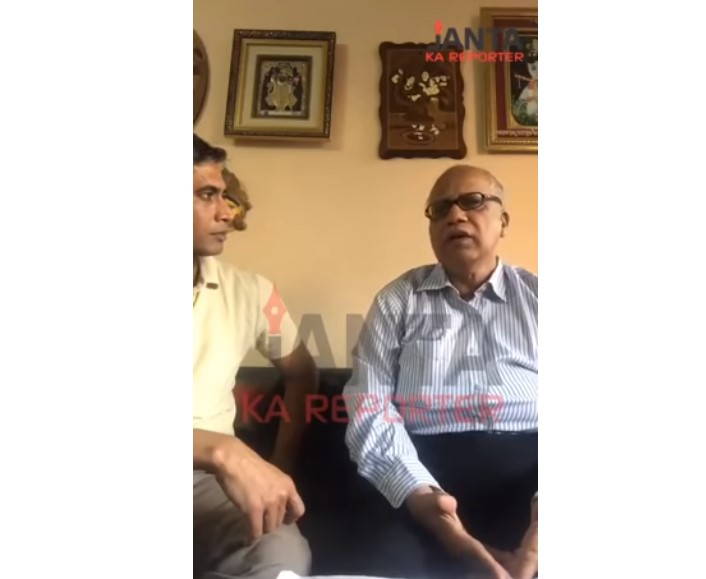 Speaking at the Goa airport, Kamat said that he had no intention to commit a political suicide by joining the BJP, adding that he was visiting Delhi on a business trip.

This was after a report by PTI said that Kamat, who had left the BJP in 2005 to join the Congress, was travelling to Delhi to join the saffron party amidst reports that the state’s Chief Minister Manohar Parrikar had slipped into a coma. The report also said that Kamat will be given a plum post within the party.

Goa Congress chief Girish Chodankar lashed out at the BJP for spreading rumours about Kamat. He said, “This is a game plan of the BJP’s dirty tricks department which is spreading rumours to malign the image of Kamat and the Congress.”

Chodankar said that Kamat remained a part of the Congress and will ‘continue to remain in the party.’

The speculation on Kamat joining the BJP gained momentum after the Deputy Speaker of the Goa Assembly Michael Lobo said on Saturday night that there were no chances of Parrikar’s recovery as he health worsened.

Lobo, according to ANI, had said, “We are praying to God that he should get well, but there are no chances of him getting well…He’s very ill. It is almost…”

The BJP had won just 13 out of 40 seats in the assembly polls in 2017, but it had managed to form the government with the help of Goa Forward Party and independent MLAs. The Congress, despite winning 17 seats, had missed out on the chance to return to power.