Fearing defeat, a visibly desperate Adityanath on Sunday posted a dangerously communal tweet in violation of the 2017 Supreme Court order. 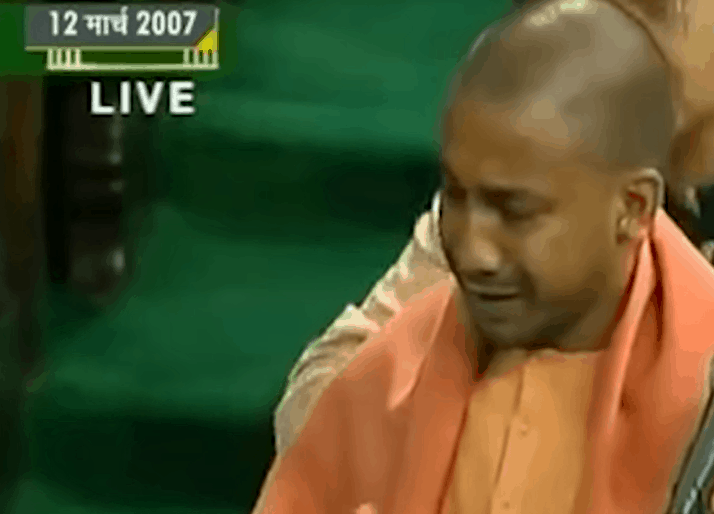 On the eve of the second phase of the assembly polls in Uttar Pradesh, Adityanath tweeted, “Those dreaming about Gazwa-e-Hind and religious fanatics of Talibani ideology must remember one thing…Whether they are there or not, India will not be run by Sharia law. It will be run by the constitution. Jai Shri Ram.”

Adityanath had become chief minister in 2017 after the BJP won a landslide in Uttar Pradesh. He’s been facing considerable anger due to his misrule in the last five years. Aside from farmers vowing to teach him a lesson, the public at large too has had to bear the brunt of his poor governance, particularly during the pandemic. The second wave of the pandemic had exposed Adityanath as the health system collapsed and hundreds of thousands of people died in the absence of access to better healthcare. Hundreds of bodies were found to be floating in river Ganga.

Known for his divisive politics, Adityanath has violated the Supreme Court order, which barred politicians from seeking votes by invoking religion.

In a majority verdict in early 2017, the Supreme Court had held that any appeal for votes on the ground of religion amounts to corrupt practices under electoral laws.

The apex court had said that the use of religion to seek votes would amount to corrupt practices.

It said, “The appeal by a candidate or his agent or by any other person with the consent of a candidate or his election agent to vote or refrain from voting for any person on the ground of his religion, race, caste, community or language or the use of, or appeal to religious symbols or the use of, or appeal to, national symbols…, for furtherance of the prospects of the election of that candidate or for prejudicially affecting the election of any candidate would amount to corrupt practices.”