In what appears to be a serious case of violation, the Election Commission has written to the Indian Army informing the military leadership in Jammu and Kashmir about complaints of senior commanders making attempts to influence this year’s Lok Sabha polls. 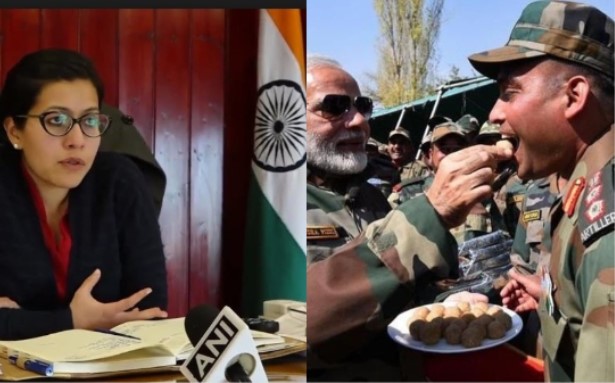 This was after it emerged that some army commanders had sought to know the voting preferences of their juniors as they cast their votes using postal ballots. Taking a dim view of the complaints, local election officer and IAS officer, Avny Lavasa, has written to the local army leadership asking for an explanation.

Her hard-hitting letter said that she had received a complaint from a contesting candidate for the 4 Ladakh Parliamentary constituency for the Lok Sabha elections, ‘wherein it is alleged that there are malpractices on part of various commanding officers of the Indian Army in the electronic postal ballot system.’

The letter said, “It is alleged that the commanding officers are telephonically asking jawans for their voting preference rather than supplying to them the ballot paper for casting
their vote.” Terming the complaint a ‘gross violation of the secrecy of voting’ she said that the malpractice in question had the ‘potential to invite strict legal action.’

The army, for its part has rubbished the allegations. The Indian Army spokesman Colonel Rajesh Kalia was quoted by The Hindu as saying, “Preliminary investigations indicate that the complaints are unfounded and appears to have been made to tarnish the image of the Army. An indepth investigation is on to ascertain the details in the most impartial manner.”