Former AAP leader Kumar Vishwas has made stunning allegations against AAP chief Arvind Kejriwal saying that the Delhi chief minister had once expressed his desire to become the prime minister of an independent Punjab. 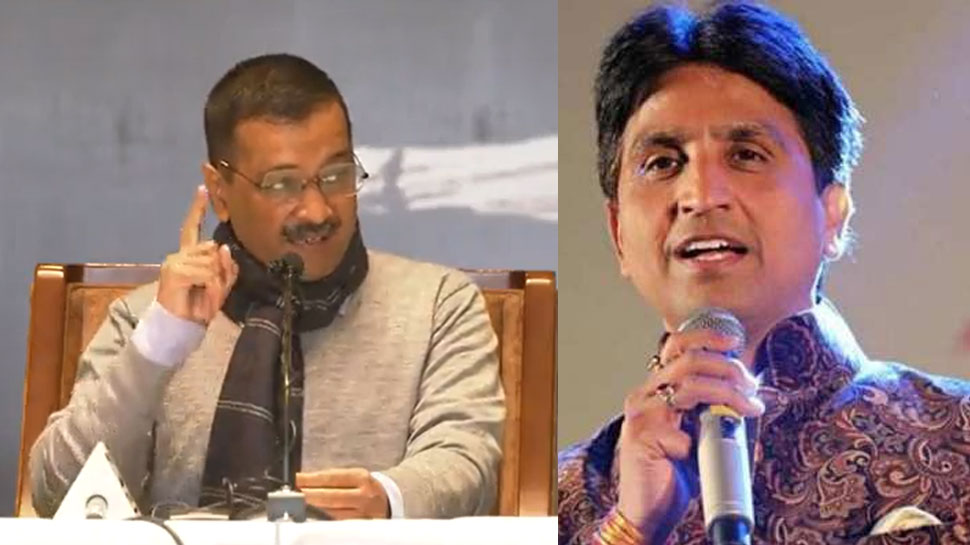 Speaking to ANI, Vishwas said, “One day, he (Kejriwal) told me he would either become the chief minister (of Punjab) or the first prime minister of an independent nation (Khalistan).”

Vishwas’ allegations came a day after Congress leader had attacked Kejriwal for spending a night at a house of a terrorist in the 2017 assembly elections. Speaking at an election rally, Gandhi had said, “The biggest leader of Jhadu (election symbol of AAP) can be found at a terrorist’s house. There is danger before Punjab and you must recognise that threat.”

Shri @RahulGandhi had already warned us about the evil intentions of Arvind Kejriwal. It would be a mistake of Kejriwal to think that Punjabis are naive enough to fall into his vicious anti-Punjab plans. https://t.co/9IL5dLtmyF pic.twitter.com/gekUs2mYVM

Vishwas said that he warned Kejriwal to not seek support from ‘fringe elements and separatists’ but the AAP chief, according to him, told him not to worry as he explained the formula to become the chief minister of Punjab.

“Even today he (Kejriwal is on the same mission. Even if he is not able to become the chief minister himself, he will appoint a puppet (as chief minister),” Vishwas said.

“One day, he told me he would either become CM (of Punjab) or first PM of an independent nation (Khalistan),” Vishwas says. pic.twitter.com/5ccGs9jNn3

Reacting to Vishwas’ allegations, BJP’s Amit Malviya tweeted, “One day, he told me he would either become CM (of Punjab) or first PM of an independent nation (Khalistan),” Former AAP leader Kumar Vishwas recounts his conversation with Arvind Kejriwal. This could be extremely dangerous, if AAP were to form Govt in Punjab.”

Union Minister Hardeep Singh Puri tweeted, “Naked & dangerous ambition without political sense or commitment. Former Senior AAP leader Kumar Vishwas Ji recounts his chilling conversation with a boastful Delhi CM, “One day, he told me he would either become CM (of Punjab) or first PM of an independent nation (Khalistan)”.”

Kejriwal or his Aam Aadmi Party has not reacted to Vishwas’ allegations.

Punjab goes to polls in a single phase on 20 February and counting of votes will take place on 10 March.