Minutes after the Election Commission of India ordered the removal of hoardings carrying Prime Minister Narendra Modi’s photos from petrol pumps, netizens concluded that the decision was to help BJP during the assembly polls in five states. 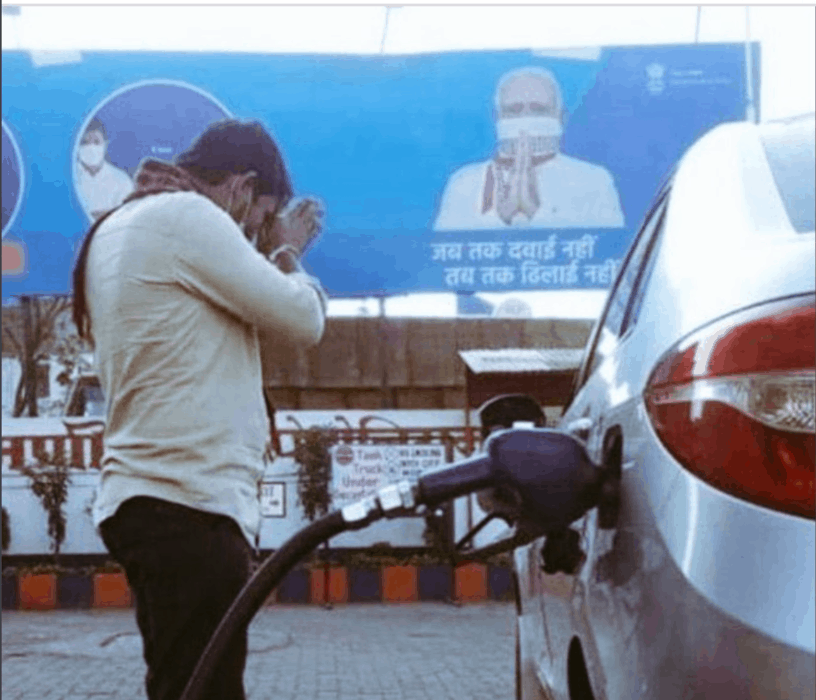 According to news agency PTI, the ECI on Wednesday directed all petrol pump dealers and other agencies to remove hoardings carrying photos of Modi within 72 hours. An official of the West Bengal Chief Electoral Officer said that the use of the prime minister’s photograph in such hoardings violates the Model Code of Conduct.

However, netizens did not appear convinced by the ECI’s justification as they sensed tacit help by the national poll body for the BJP in the poll-bound states. An overwhelming majority of Twitter users felt that Modi’s photos at petrol pumps at a time when one-litre petrol price had breached Rs. 100 would have cost the BJP in five states that go to polls in multiple stages from 27 March.

ECI is doing favour to Modi by directing for removal of his pictures from Petrol pumps.

Interesting that ECI never made this directive during all the elections since 2014 when Modi’s pic was at petrol pumps. https://t.co/cLrSvHNz9s

BJP must be thankful to TMC for raising this issue. With petrol at ₹100 a litre BJP must have been looking for a face saver to remove Modi pic from the petrol pumps. Of course ECI wouldn’t find any issue with the #COVID vaccination certificate photo. #ModiTax

One of the reasons why netizens detected conspiracy by the ECI was because the latter had issued no such directive on removing Modi’s photos from the certificates issued to individuals after their vaccinations for acovid-19.

The Model Code of Conduct came into force after the ECI announced poll dates for the state on February 26.