Former Union Minister Ashwani Kumar has left the Congress as he sent his resignation letter to Sonia Gandhi. Kumar said that his decision to leave the party was in consistent with his ‘dignity.’ 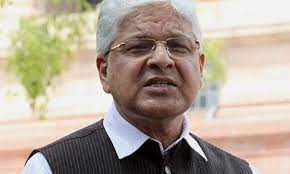 He wrote, “Having given my thoughtful consideration to the matter, I have concluded that in the present circumstances and consistent with my dignity, I can best subserve larger national cause outside the party fold.”

Kumar added, “I am accordingly quitting the party after a long association of 46 years and hope to proactively pursue public causes inspired by the idea of transformative leadership, based on a dignitarian promise of liberal democracy, envisioned by our freedom fighters.”

Kumar was the Union Minister for Law and Justice of India under the Manmohan Singh government.