Hours after Jyotiraditya Scindia left the Congress to join the BJP, his former Congress colleagues have called him a traitor with some even launching a personal attack by saying that there was filth in his blood. 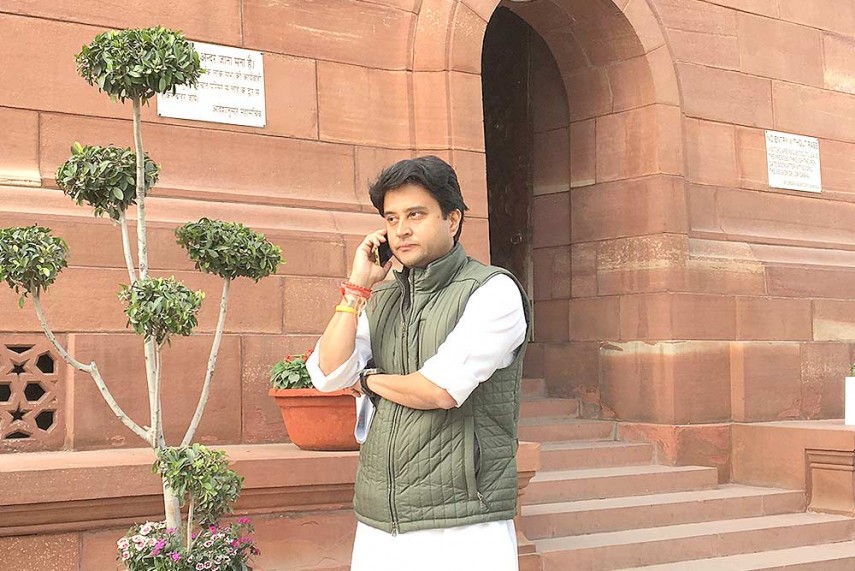 Earlier, taking to Twitter, Chaudhary had taken a dig at Scindia’s family by accusing it of always resorting to betrayal. His tweet read, “Jyotiraditya Scindia’s decision is not shocking at all. This has been his history, be it 1857 or 1967 or 2020. Rest, you are intelligent.”

Congress leader in Lok Sabha, Adhir Ranjan Chaudhary, too called Scindia a ghaddar  (traitor) as he said, “You will betray against my party. You will strengthen a party, the BJP, which is trying to finish us. Will the party (Congress) keep quiet? He’s a son of the king, who has studied at Havard. Whatever respect he deserved, we gave him. But greed takes people to a different level.”

Congress MLA Mahesh Parmar, on his way to meet Kamal Nath, said that being a traitor was in Scindia’s blood as he asked reporters to wait for a masterstroke from the chief minister. He was quoted by Republic TV, “This government was chosen by the people and now you can see the conspiracy designed by BJP. Soon you will see Kamal Nath Ji’s masterstroke. And this Jyotiraditya Scindia – who belongs to a family of traitors as they betrayed Rani of Jhansi during the first war of Independence. He has treason in his blood. Every Congress worker is happy that this filth and traitor has left the party. This will be answered by Madhya Pradesh people as he who was celebrated has now stabbed us in the back.”

Congress functionary Pankaj Punia too took a dig at Scindia by calling him a traitor. Responding to his tweet about his resignation, Punia wrote, “You should have had some shame. Anyway, congratulations on the reward for your betrayal.”

Scindia is likely to join the BJP, which may accommodate him as a Rajya Sabha MP. The 49-year-old politician may even get a cabinet berth in the Centre’s Narendra Modi government.