Prime Minister Narendra Modi on Wednesday accused the Congress of plotting his murder. Speaking at an election rally in Hoshangabad in Madhya Pradesh, Modi asked if Indians will forgive the Congress for promoting Islamic preacher Zakir Naik as the ambassador of peace. 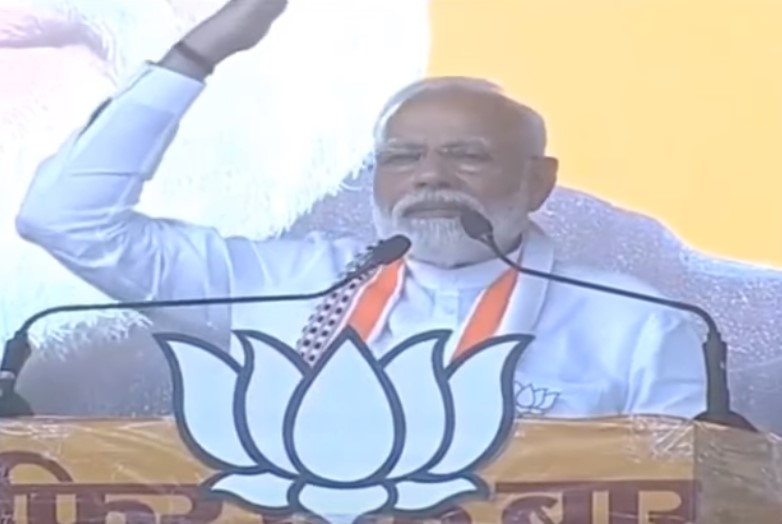 Modi said, “Friends, the Congress has done plenty of favours to me. I heard that a motormouth Congress leader, known for issuing big statements, has said that we must kick Modi so hard that he dies across the border (in Pakistan). This is the statement of a Congress leader. Just think, the Congress hates your Modi so much that they are now even dreaming of killing Modi. But they are forgetting that people of Madhya Pradesh and the entire India are batting for Modi.”

He also targeted Congress leader Digvijay Singh for his links with Islamic preacher Zakir Naik. Modi said that the Sri Lankan government decided to ban Zakir Naik’s Peace TV in the aftermath of the terrorist attacks in Sri Lanka.

“Do you know who Zakir Naik is? He’s the same guy in whose courtroom Diggy (Digvijay Singh) was never tired of praising him. You will surprised to hear that the Congress government had invited the same Zakir Naik to address police officers, that too on the issue of terrorism. Congress leaders praised Zakir Naik, whose words are causing terrorism in Sri Lanka. Doob Maro, Doob Mari Congress walo.”

Zakir Naik is currently in Malaysia and is wanted by India on charges of inciting youth to take up terrorism. The Islamic preacher has vehemently denied the allegations levelled against him.