Congress General Secretary Priyanka Gandhi Vadra on Thursday lashed out at Delhi Chief Minister Arvind Kejriwal as she referred to allegations made by former AAP leader Kumar Vishwas. Priyanka also reminded voters of Punjab how Kejriwal was the first chief minister to notify the anti-farmer laws passed by the Narendra Modi government. 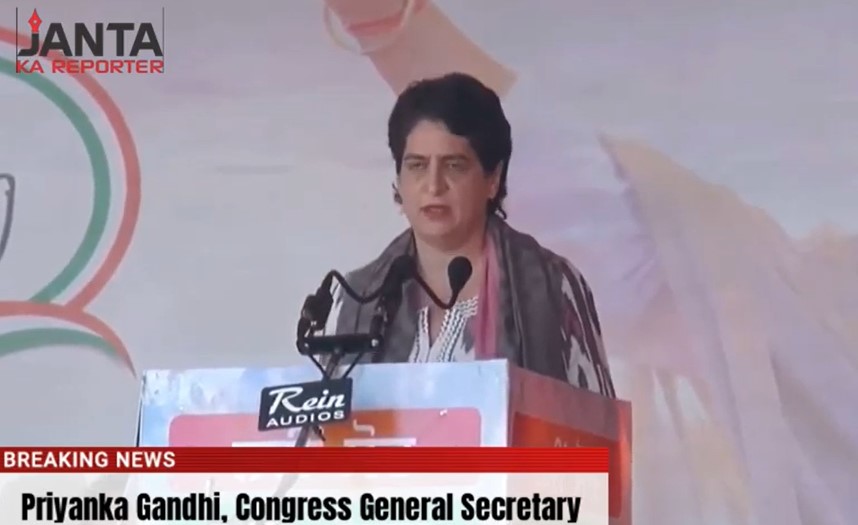 Addressing an election rally in Punjab Priyanka said, “Who passed the farm laws? Bade Miyan (Narendra Modi). Who was the first one to notify these laws? Chhote Miyan (Arvind Kejriwal). Whether it’s the government led by bade miyan or chhote miyan, aanganwadi workers are all in pain.”

Priyanka said that the Kejriwal government had only provided jobs to 440 people in the last seven years.

“They will go to any extent to grab power. Only yesterday, one of Kejriwal’s friends revealed that even if he doesn’t become the chief minister of Punjab, he will become the first-ever prime minister of a new country in the world. Do you understand this? Chhote miyan sahab stays at a terrorist’s house and bade miyan calls farmers, terrorist.”

Former AAP leader Kumar Vishwas on Wednesday made stunning allegations against AAP chief Arvind Kejriwal saying that the Delhi chief minister had once expressed his desire to become the prime minister of an independent Punjab.