In an extraordinary development, the Chhattisgarh High Court has stayed the investigation into the death of a BJP MLA, who was killed in a Maoist attack in April this year. Since the victim is a BJP MLA, the National Investigation Agency had decided to take control of the investigation. The state government had opposed the move prompting the NIA to approach the high court. 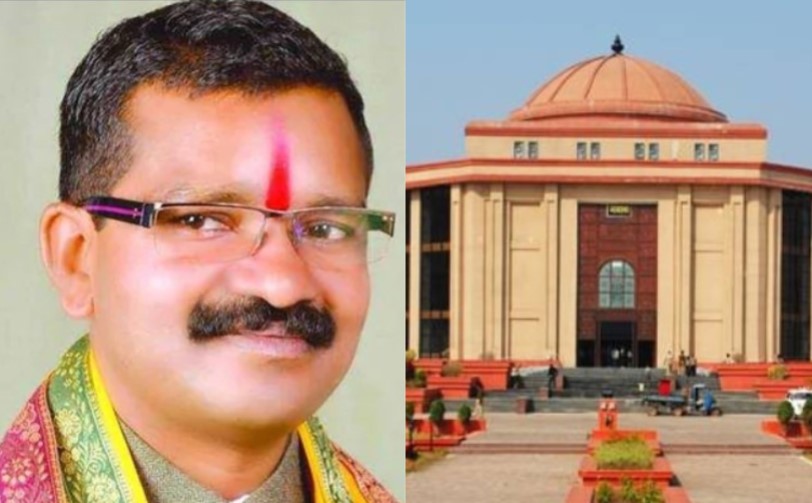 The high court in Bilaspur on 25 June posted the matter ‘immediately after two weeks’ for further hearing. But, in an extraordinary development, the court decided to stay the ongoing police investigation into the BJP MLA’s murder. The high court’s order said, “In the meanwhile, investigation into the subject offence by Police Station Kuakonda, District Dantewada, shall remain stayed till the next date of hearing.”

This order has baffled legal experts, who think that staying of investigation is ‘extremely rare and basically unheard of.’ “Since the high court has stopped the investigation until it hears the case two weeks later, this could derail the investigation completely,” said one Supreme Court lawyer, wishing not to be named. 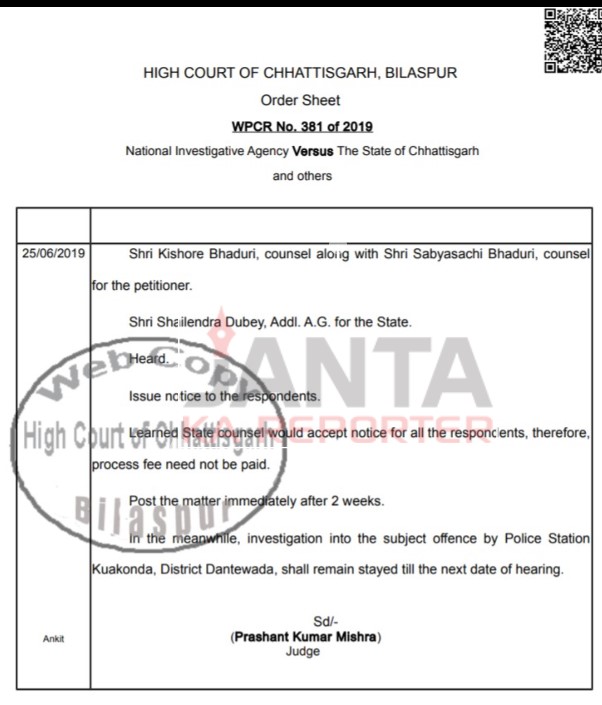 In early April, barely two days after the first phase of the Lok Sabha polls, a BJP MLA Bhima Mandavi was killed with his three private security officers and the driver of his vehicle in a landmine blast triggered by Maoists in Dantewada district of Chhattisgarh.

Last month, the NIA website had said that a case had been registered under various sections of the Indian Penal Code, Indian Arms Act and UA(P) Act 1967. The agency had registered the case under the title ‘death of Bheema Mandavi in a IED blast by CPI (Maoist), Dantewada.’

The Chhattisgarh government had opposed the move to transfer the case out of the state. The BJP had also demanded a CBI probe into its MLA’s killing by Maoists. But Chhattisgarh is among those three states that had withdrawn the general consent granted to the CBI barring the federal probe agency from investigating any cases arising out of here.