Chhattisgarh Chief Minister Bhupesh Baghel has ordered the immediate removal of IAS officer Ranbir Sharma after the civil servant was caught on camera thrashing a child for alleged violation of lockdown rules. The video of Sharma launching a brutal attack against a child, who was reportedly on his way to buy medicines, had evoked angry reactions from netizens. 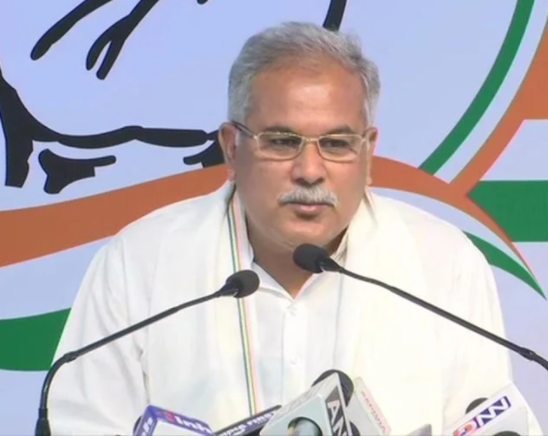 Industrialist Naveen Jindal had tweeted, “The conduct of our officers should be guided by empathy, especially in these difficult times. This cavalier attitude displayed by the Surajppur collector is unbecoming of an IAS officer and brings down the prestige and image of the IAS fraternity.” His subsequent tweet had read, “IAS and IPS officers comprise of our best talents & people look up to them. While there are many officers who have won the hearts of the people, there sadly are some like these. It’s important that our officers are not just well trained, but well behaved as well.”

Faced with widespread condemnation, Baghel informed on Twitter, “Surajpur Collector Ranbir Sharma misbehaving with a young boy has been brought to my notice via social media. This is a very sad and condemnable act. Any such misdeed will not be tolerated in Chhattisgarh. I’ve ordered the immediate removal of Collector Ranbir Sharma.”

The conduct of our officers should be guided by empathy, especially in these difficult times.

This cavalier attitude displayed by the Surajppur collector is unbecoming of an IAS officer and brings down the prestige and image of the IAS fraternity. pic.twitter.com/HZqUY9Sp4z

Baghel added, “Such behaviour by any government official in the administrative service can’t be acceptable. I’m shocked by this incident. I express my regrets to the young boy and his family members.”

According to media reports, Sharma was later shifted to Mantralaya (secretariat) in Nava Raipur.

Later, the Chief Minister’s Office said that the government had ordered the boy to be provided with a new mobile phone since the IAS officer had smashed his device in anger.

Sharma had later issued a video profusely apologising for his action. He said that both his parents had tested positive for coronavirus and he was simply too worried about enforcing the coronavirus lockdown to stop the spread of the pandemic in the district.