CBSE Board Exams 2021: Congress General Secretary Priyanka Gandhi has written to to Education Minister Ramesh Pokhriyal Nishank asking him to cancel the CBSE Board Exams for 2021. This was after the CBSE said that it would go ahead with its Class 10 and Class 12 exams scheduled for 2021. The details on the CBSE circular can be accessed from the board’s official website www.cbse.gov.in. 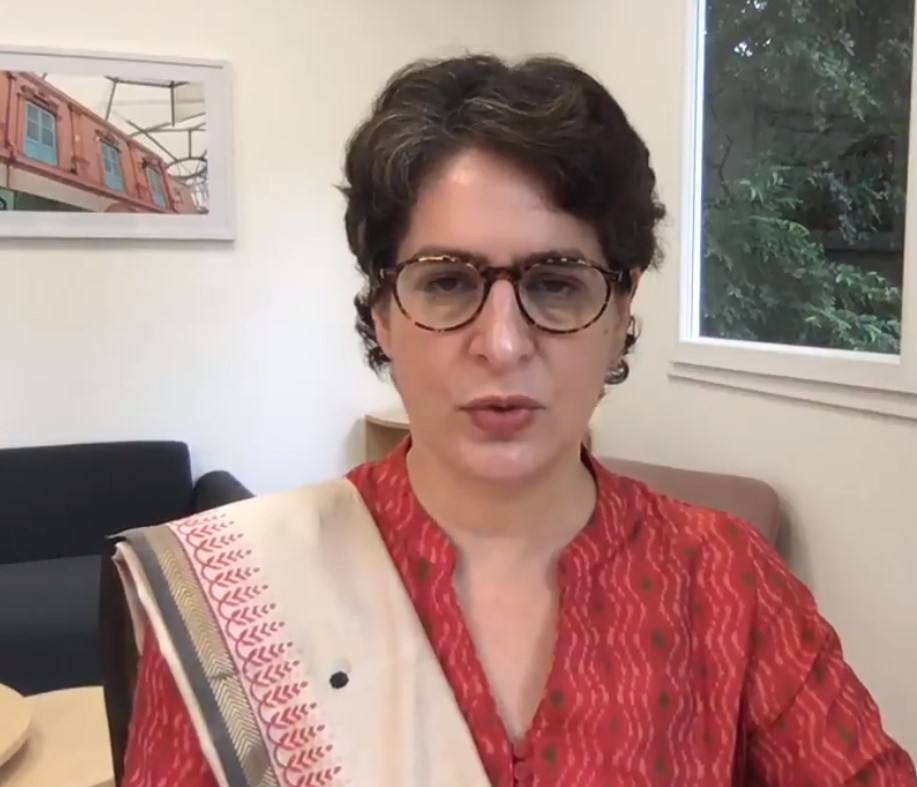 Priyanka wrote, “It is indeed shocking that despite the massive and uncontrolled rise in COVID-19 cases across the country and over 1 lakh new cases coming to light on a daily basis, the CBSE board has issued a circular stating that it is going ahead with the Board exams scheduled in May. Students prepare for these exams for months on end as they determine the future course of their lives. Yet lakhs of children and parents from all over India have been expressing their fears and apprehensions about assembling at exam centers to sit for the exams in the middle of the second wave of COVID-19.”

The Congress leader added that the apprehensions expressed by her were not unreasonable adding that it ‘will be practically impossible to ensure the safety of students at large and crowded exam centers.’

My letter to the Minister of Education @DrRPNishank asking him to reconsider allowing the CBSE to conduct board exams under the prevailing COVID wave. pic.twitter.com/Ai4Zl796il

“Additionally, given the nature and spread of the virus, it is not just the students who will be at risk but also their teachers, invigilators and family members who are in contact with them. Aside from this, by forcing the children to sit for these exams during a raging pandemic, the Government and the CBSE board will be held responsible in the event that any of the exam centers prove to be hotspots at which large numbers of children become infected with the disease. The Government and the CBSE board might want to consider whether they are prepared to own the legal liability for students or others who might be severely affected by the disease in this manner,” she added.

She said that politicians had the moral responsibility to protect and guide the young. She continued, “As state after state issues guidelines preventing the assembly of large numbers of people in public places, what moral grounds can we stand on, while forcing young children to do exactly that. It is not just the physical health of these children, but also their psychological well-being that can be deeply impacted. They already face the immense pressure of the exams; in addition, they will now be fearing the conditions in which they will be taking them. Being forced to sit for exams donning masks, gloves and other protective gear under the specter of a deadly disease will cause unnecessary anxiety to these children and impact their ability to perform as well.”

Priyanka received support from actor Sonu Sood, who tweeted a video asking the government to cancel this year’s board exams. He wrote, “I request everyone to support students who are forced to appear for offline board exams in these tough times. With the number of cases rising to 145k a day I feel there should be an internal assessment method to promote them rather than risking so many lives.”

I request everyone to support students who are forced to appear for offline board exams in these tough times. With the number of cases rising to 145k a day I feel there should be an internal assessment method to promote them rather than risking so many lives. #cancelboardexam2021 pic.twitter.com/Taq38B0811

India has seen a dangerous surge in the coronavirus pandemic with more than 1.5 lakh cases being reported in the last 24 hours. The rise in COVID-19 cases has coincided with an alarming shortage of vaccines.