CBSE 10th, 12th Compartment Exam 2020: Over two lakh CBSE students did not receive any immediate relief from the Supreme Court, which decided to adjourn the hearing till next week on the plea of doing away with the CBSE 10th, 12th Compartment Exam 2020. More details on exams and this year’s results can be accessed from the official website of the CBSE cbseresults.nic.in. 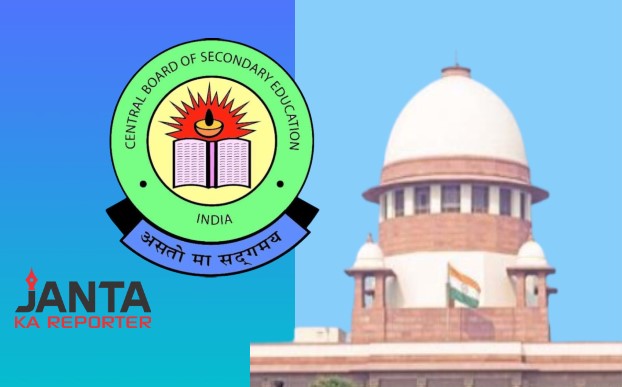 The Supreme Court Bench comprising of Justices AM Khanwilkar, Dinesh Maheshwari and Sanjiv Khanna on Thursday heard the argument made by lawyer Vivek Tankha, who sought the top court’s intervention in directing the universities to grant students admissions on a provisional basis.

Tankha, according to the Livelaw website, argued, “Either UGC can be directed to admit the students provisionally or to ensure that the marks are declared early.”

This prompted the Bench to interrupt, “But, because of the compartment, there will be no percentage. This is a peculiar year.

Tankha argued that there ‘has to be a solution that has to come up.’ “It’s in the court’s hands,” he continued. Justice Sanjiv Khanna noted that the compartment exams were for those who had failed, adding that these exams are held thrice.

The court decided to fix the hearing for next week.

The students are challenging the CBSE’s decision to hold compartment exams in September. Their primary concern is that it will be impossible for the CBSE to safely conduct the compartment exams amidst the COVID-19 pandemic.

They are arguing that they’ve been unable to take admissions in universities since the CBSE could not conduct the compartment exam in July and the deadline set by universities for admissions had expired.

To arrange for the preparations, compilation, improvement, publication, printing and sale of text books.
To make necessary arrangements for affiliations of schools to the Board.
To make efforts to bring about qualitative improvement in school education.
To act as an advisory body to the state Govt. regarding School Education