Janta Ka Reporter 2.0
Home India Delhi Can you spot Arvind Kejriwal in his throwback Holi pic from his...

Delhi Chief Minister Arvind Kejriwal on Thursday shared a throwback photo of himself from his IIT days after one of his friends posted the group photo on Twitter. In the photo, Kejriwal was seen taking part in Holi celebrations with a group of friends at the IIT campus. 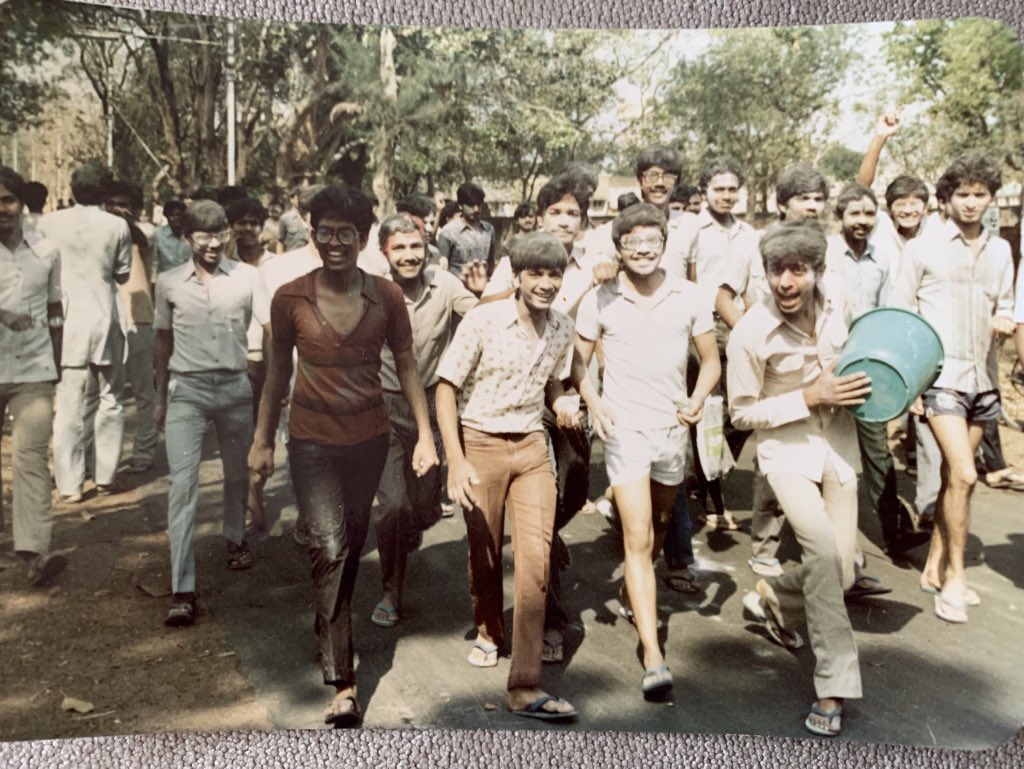 The Delhi chief minister and AAP convenor shared the pic on his Twitter timeline and commented, “Hahaha. Holi when we were at IIT…”

Hahaha. Holi when we were at IIT… https://t.co/kvpQuD882s

As expected, many users asked who in the photo was Kejriwal. The Delhi chief minister replied to one of the users, “The one in the front wid brown trousers…”

Attired in a pair of brown trousers and printed half-sleeve shirt, Kejriwal could be seen enjoying the Holi celebrations with his friends.

Many social media users used the occasion to take a potshot at Prime Minister Narendra Modi’s questionable educational qualifications. One user wrote, “Does Modiji have a college pic like this? Happy Holi.” Another commented, “Modi ji can’t even spell college properly.”

Kejriwal had formed the Aam Aadmi Party in 2012 and led his party to a historic win in the Delhi assembly elections in 2015.