Congress MP Rahul Gandhi on Tuesday ripped into the Centre’s Narendra Modi government over the roads being blocked at Delhi borders to stop farmers’ movement and Twitter ceding to the IT Ministry’s diktat to block multiple accounts, widely perceived to be critical of the BJP over the ongoing farmers’ agitation. 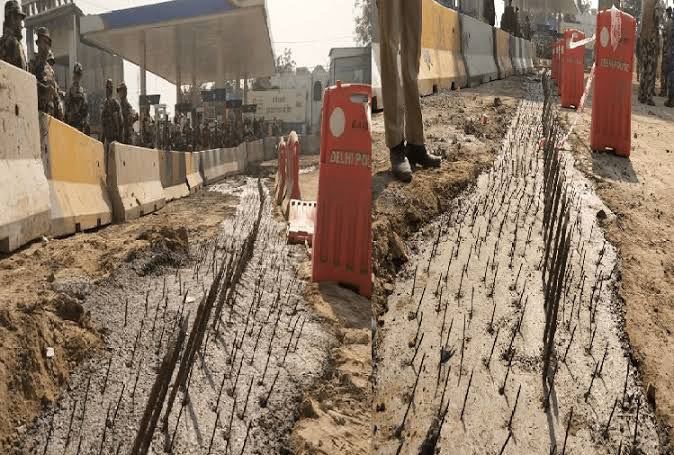 Sharing a series of photos of barricades and concertina wires installed near the farmers’ protest site at the Delhi border, Gandhi wrote, “GOI, Build bridges, not walls!.”

Protesting farmers say that the government has banned internet services at the site of their agitation, while police have installed concertina wires near the Ghazipur border.

Gandhi also targeted the Modi government for the mass suspension of Twitter accounts on Monday. Accounts that were suspended included that of Kisan Ekta Morcha, The Caravan website and CPI-M MP Mohammed Salim among others. Later it was revealed that Twitter’s action was in adherence to a diktat from the IT Ministry headed by Ravi Shankar Prasad.

Gandhi wrote, “Modi style of governance-
Shut them up
Cut them off
Crush them down.”

Shut them up
Cut them off
Crush them down. pic.twitter.com/Rdi0A8ftgp

Twitter said that it had withheld or blocked as many as 250 Twitter accounts and tweets in ‘response to a legal demand.’ But the legal demand later turned out to be the diktat from the government.