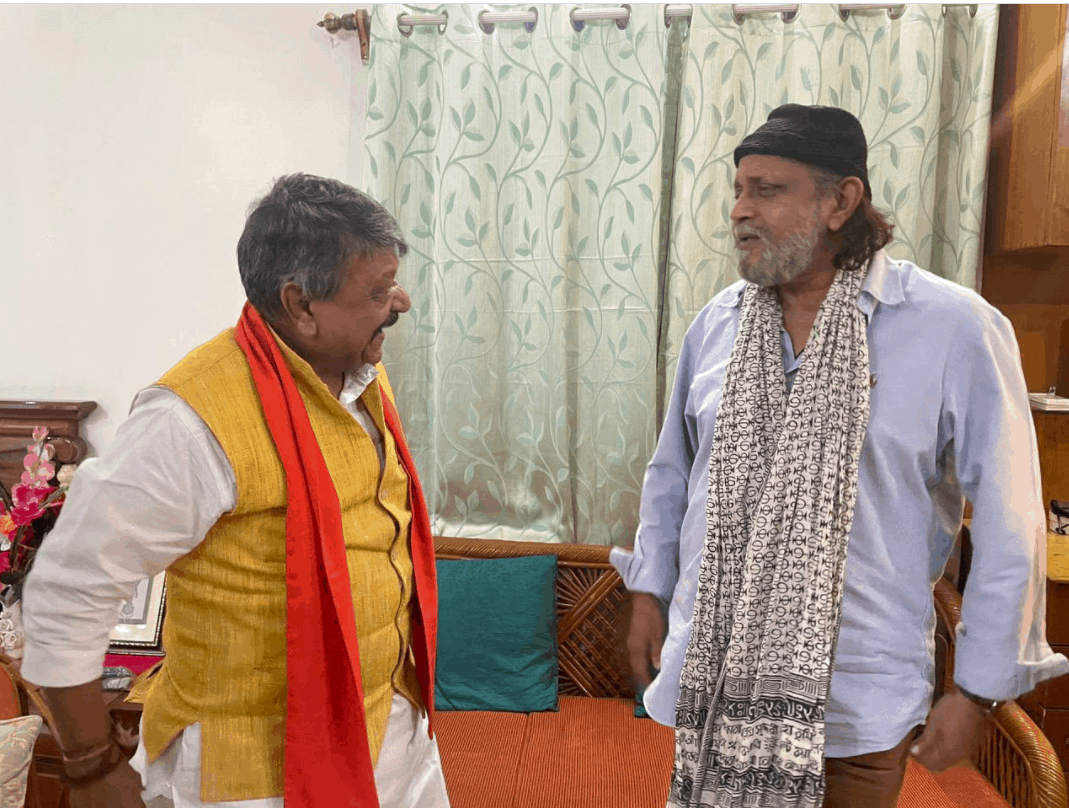 There have been speculations that Mithun would formally join the BJP during PM Modi’s much-awaited rally at the Brigade Parade Ground on 7 March. Vijayvargiya shared a series of photos of his meeting with Mithun as he wrote, “Just now, held a detailed conversation with the famous actor from the film world, Mithun Chakraborty, at his Belgachia residence. Was overwhelmed by hearing the stories of his patriotism and love for poor.”

Mithun was a Rajya Sabha MP but had resigned two years after he was sent to the Upper House of the parliament by the Trinamool Congress. His name had also come up in the Saradha scam after it emerged that more than Rs. 1 crore was transferred to his account by the scam-tainted company. The veteran actor had later refunded the money.

Last month, Twitter had intensely debated on Mithun’s future political move after the 70-year-old actor hosted RSS chief Mohan Bhagwat for breakfast at his house in Madh Island. However, Mithun was later quoted as saying, “I have a spiritual connection with Mohan Bhagwat. I had met him in Lucknow and later I had requested him to come to my home when he is in Mumbai.”

West Bengal goes to assembly polls in eight stages with the first phase of polls scheduled for 27 March. The counting of votes will take place on 2 May.