BJP leader Kailash Vijayvargiya has courted another controversy after he was seen flaunting the collapsed law and order system of Madhya Pradesh in a viral video. Kailash Vijayvargiya is seen claiming how he uses his power to secure the release of his party workers from police custody even at 2 AM in the morning. The video has evoked angry reactions from the opposition Congress. 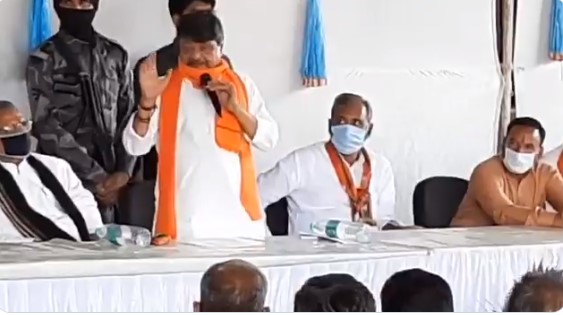 In the viral video, Vijayvargiya is addressing a crowd as he says, “I answer the calls myself even at 2 AM in the night when my workers call. Even when I am in Kolkata, I get calls saying police have arrested (BJP workers) for playing cards. I call police stations at 2 AM to look into the matter. I have to do this because they are our party workers.”

The Congress took a potshot at the BJP for taking pride in a collapsed law and order machinery. Party spokesperson Narendra Saluja shared the video and wrote on Twitter, “(Narendra) Modi- (Amit) Shah ji, what kind of BJP is this? What kind of system, thinking and new India is this? Your responsible leadership uses its power to secure the release of party workers from police custody when they are arrested for playing cards. He himself is explaining the truth. What kind of message are you sending to society? What kind of identity of your workers are you highlighting?”

The BJP made a comeback in Madhya Pradesh after engineering a split in the Congress, ending the 15-month-old Congress government headed by Kamal Nath.

Last year, a video of Akash Vijayavargiya, Kailash Vijayvargiya’s son, thrashing a municipal officer with a cricket bat in police presence had gone viral on social media. In the video, Akash Vijayvargiya was seen pouncing on a municipal corporation official mercilessly even as police personnel remained mute spectators.