BharatPe founder Ashneer Grover has gone on leave till March end after an abusive video with wife Madhuri went viral prompting Kotak Mahindra Bank to threaten to take legal action against the couple. 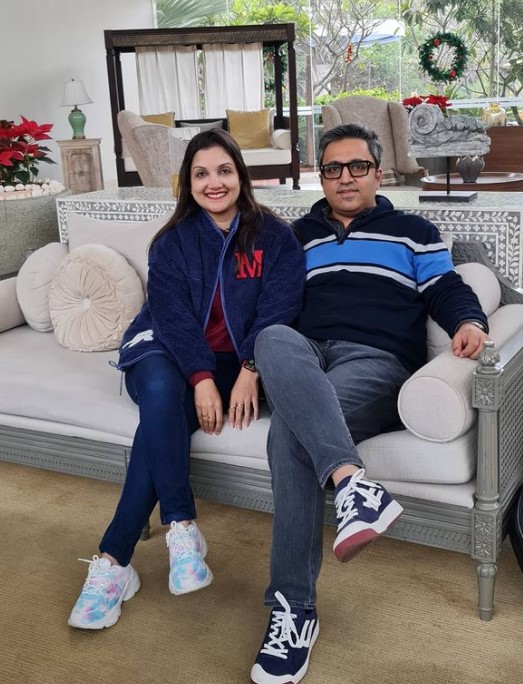 A statement from BharatPe said that Grover had expressed his desire to go on leave and the fintech company’s board accepted his request. 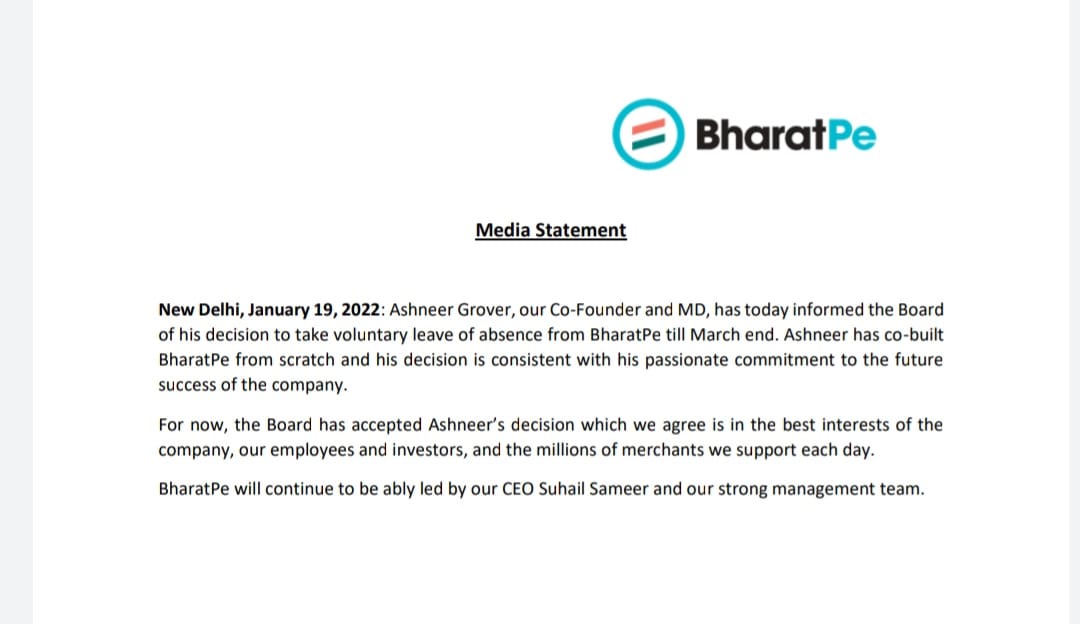 The statement said, “For now, the board has accepted Ashneer’s decision which we agree is in the best interests of the ‘company, our employees and investors, and the millions of merchants we support each day.”

BharatPe added that the company’s day-to-day functions will be discharged by its ‘CEO Suhail Sameer and our strong management team.’

This was after a video went viral in which Grover was heard hurling abuse at a Kotak Bank relationship manager for failing to secure finance and allocation of shares in the Nykaa initial public offer (IPO). After the bank employee requested him to not use abusive language, Grover threatened to have him killed in an encounter. The BharatPe founder also cast aspersions on the bank employee’s family.

In the video, the bank staffer was repeatedly heard requesting Grover to not use abusive language or threatening words. Even his wife was heard joining her husband in laying the blame on the bank employee. At no point did she ask her husband to not use such threatening or abusive words.

In its statement, BharatPe wrote, “Ashneer has co-built BharatPe from scratch and his decision is consistent with his passionate commitment to the future success of the company. The Board has accepted Ashneer’s decision, which we agree is in the best interests of the company, our employees and investors, and the millions of merchants we support each day.”

Grover had first denied the authenticity of the audio saying that some scamsters were trying to extort money from him.