Former army officer Ajai Shukla has lashed out at the government for its ‘abject surrender’ to China in Ladakh. Taking to Twitter, Shukla also slammed the government for recently asking journalists to refrain from reporting on China border issue. 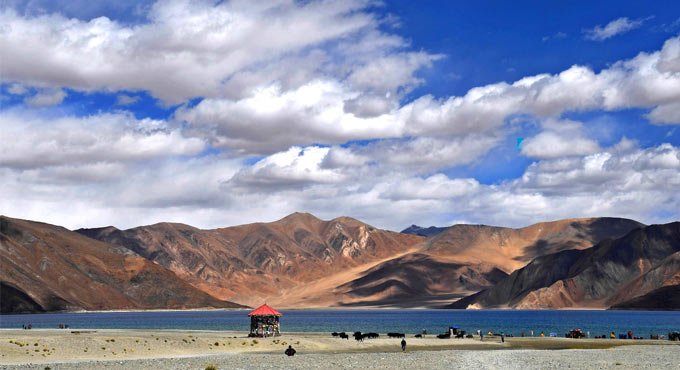 Shukla wrote, “China has changed the frontlines in Ladakh, and occupied Indian territory… and New Delhi is talking about “a long haul” and “military and diplomatic engagement!” If so abject was to be the surrender, disband the “mountain strike corps” & remove armoured brigade from Ladakh.”

On a recent diktat by the government advising journalists to not report on the border tension with China, Shukla wrote, “To cover up this craven surrender to Chinese aggression in Ladakh, govt has the nerve to ask journalists not to cover, or write on, the ongoing “dialogue”. This is to allow public opinion to normalise the new situation… which is that China has come in and will not leave!!”

In its recent statement, the ministry of defence had warned journalists to stay away from reporting on the Indo-China border tension. The statement had read, “Indian and Chinese officials continue to remain engaged through the established military and diplomatic channels to address the current situation in the India-China border areas.  At this stage, therefore, any speculative and unsubstantiated reporting about these engagements would not be helpful and the media is advised to refrain from such reporting.”

Shukla continued, “The writing is on the wall. While the govt continues its smoke and mirrors game of “military and diplomatic dialogue”, China will consolidate and make the new border permanent. At least in 1962 army fought a war and made China pay a cost. This time, it’s an abject surrender.”

China has changed the frontlines in Ladakh, and occupied Indian territory… and New Delhi is talking about “a long haul” and “military and diplomatic engagement!”

If so abject was to be the surrender, disband the “mountain strike corps” & remove armoured brigade from Ladakh 1/2

In his concluding tweet, Shukla wrote, “Who’s to blame? The govt that pursued a misguided diplomacy of “informal summits” with China? Or the army, which, despite steadily rising manpower numbers was taken by surprise, just as in Kargil? Or “anti-national” journalists who exposes this debacle? Answer: Obviously No3.”

Shukla was first to report on the transgressions made by China in Ladakh. After days of denial by the government, Defence Minister Rajnath Singh had finally accepted in a TV interview that a sizeable Chinese had indeed entered India.