Twitter has erupted in anger after it emerged that an Indian student from Karnataka was killed by the Russian military attack in Ukraine on Tuesday. The student has been identified as Naveen Shekharappa Gyandagoudar, who hailed from the Haveri district in Karnataka, 300km from Bengaluru. 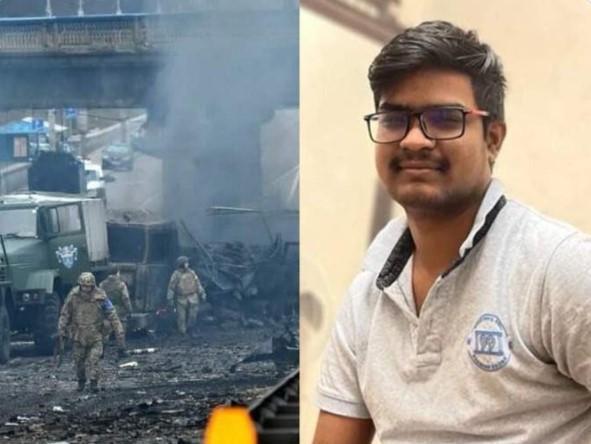 The 21-year-old student was in his final year of medicine at Kharkiv National Medical University. Navin was killed in heavy shelling by the Russian forces in the eastern Ukrainian city of Kharkiv,

Karnataka Chief Minister Basavaraj Bommai was quoted by news agency ANI as saying, “I know his family. They are very close to me. PM had spoken to the family. We will try our best to recover the body and bring it back to India. I have requested PMO and MEA to help us to recover mortals.”

Congress leader Rahul Gandhi tweeted, “Received the tragic news of an Indian student Naveen losing his life in Ukraine. My heartfelt condolences to his family and friends. I reiterate, GOI needs a strategic plan for safe evacuation. Every minute is precious.”

Received the tragic news of an Indian student Naveen losing his life in Ukraine.

My heartfelt condolences to his family and friends.

I reiterate, GOI needs a strategic plan for safe evacuation.

Every minute is precious.

The news of Navin’s tragic death has left netizens seething as they slammed the Indian government, which has been accused of apathy.

The news of the death of Navin in #Ukraine, is deeply distressing.

This young student lost his life due to the failure of the government, to evacuate students on time. Modi government is more concerned about the elections.

My deepest condolences to his family & friends. pic.twitter.com/Lz2d8naB2l

A family’s frantic search for safe rescue ends today with a tragic turn!
A waiting family’s hope gets crushed!
Who is responsible for #Navin ‘s death?
A govt that did too little too less too late or a system that forces students to migrate for lack of better facilities ? pic.twitter.com/3r2678btQF

Indian Government is solely responsible for the death of Navin Shekharappa. Condolences to the family.#UkraineRussiaWar