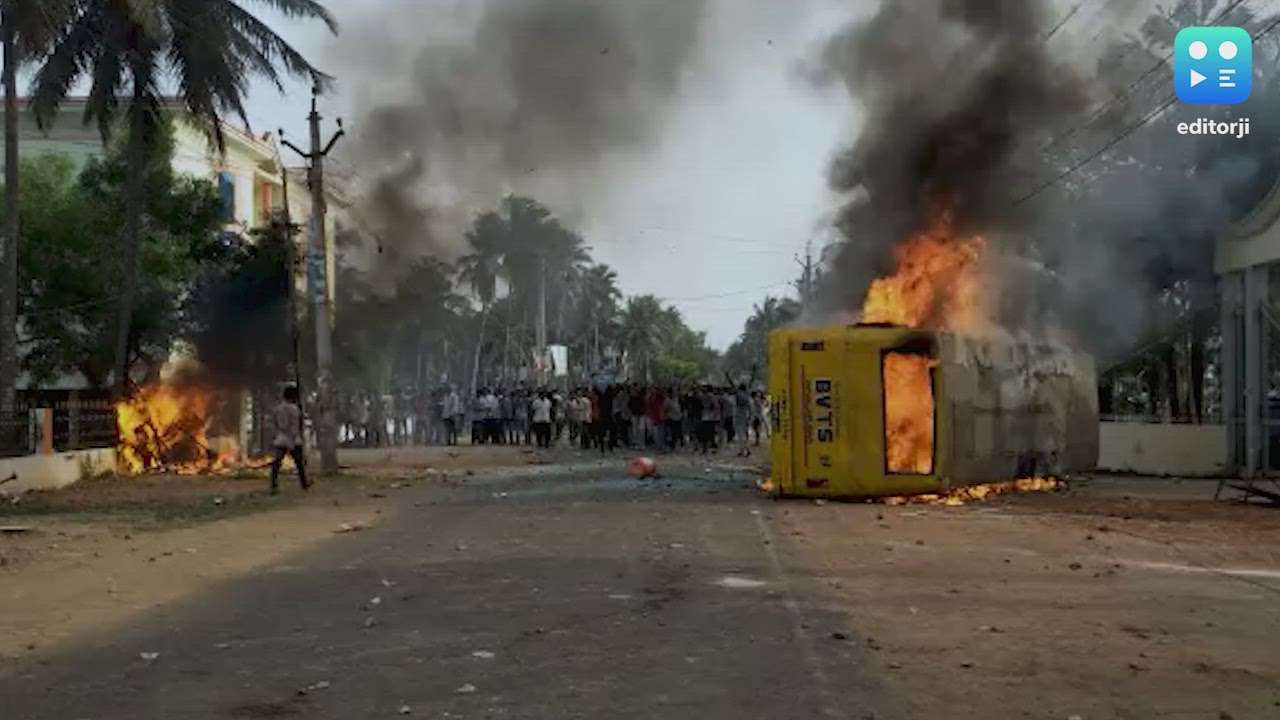 The administration has imposed Section 144 in the area barring the gathering of more than five people.

A report by the Times of India said that the minister and his family members were immediately taken to a safer place as the angry mob launched a brutal attack.

As part of the reorganisation of the existing 13 districts of Andhra Pradesh, the state government had proposed the carving out of 26 districts as it sought suggestions from the people. There are still 20 days left until the deadline for the members of public to submit their suggestions.

Andhra Pradesh’s Women Child Welfare Minister Taneti Vanitha condemned the attack on her cabinet colleague. “It is unfortunate that over 20 police personnel sustained injuries in the incident. We will conduct a thorough investigation into the incident and bring the culprits to book,” Vanitha was quoted by NDTV as saying.