Indian Air Force Chief Air Chief Marshal BS Dhanoa on Monday flew a MiG-21 to pay his tribute to Squadron Leader Ajay Ahuja who was killed during the Kargil war in 1999. 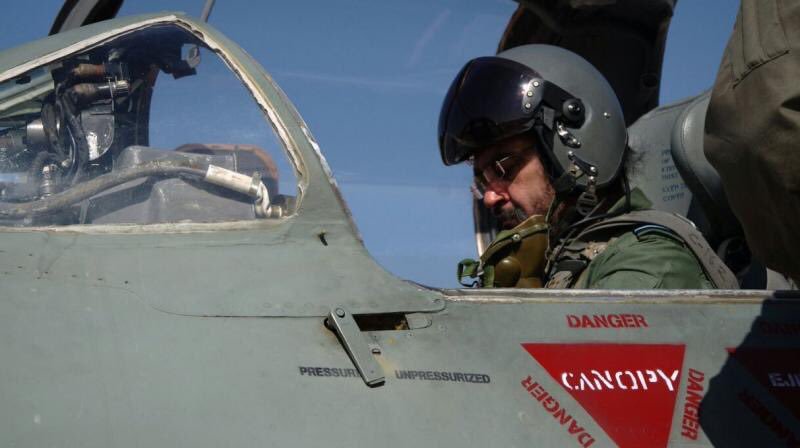 The IAF spokesperson said in a statement that the ‘Missing Man’ formation was an aerial exercise to salute the fallen heroes. Air Chief Marashal Dhanoa could well be the first Indian Air Force chief to fly in the ‘missing man formation.’

However, photos of IAF Chief Dhanoa preparing to fly a ‘missing man’ formation in a Mig-21 have evokes strong reactions with many accusing the Air Chief Marshal of flippancy while dealing with national assets.

One user Abhoshek Johri asked, “IAF Chief can fly MIG -21 with his glasses where as IAF does not absorb people with less than 6/6 eye sight ….Is COAS allowed to put Govt’s property at danger ??? Walk The Talk Guys.”

Many others were quick to highlight the dilapidated condition of the aircraft. One user Siddharth Zarabi wrote, “Please zoom in on MIG-21 of @IAF_MCC that CAS BS Dhanoa flew today. Visibly refurbished. Stark state of our fighter planes. Underlines the need to urgently acquire state-of-art machines for the airforce. ” Ex-military reservist Navdeep Singh agreed when he wrote, “Probably cars in this state would not be permitted to ply on roads.”

User Athul Pai wrote, “Look at the sealing and ducting agents on the glass. It pains me to see this.” Journalist Manu Pubby wrote, “Check out the fighter – the MiG 21 fleet is truly worn down, well past what its service life was to be. Cannot delay replacements, has to be among the new government’s top priority.”\

Squadron Leader Ajay Ahuja killed action during the Kargil conflict 20 years ago in Operation Safed Sadar. On 27 May 1999, the Indian Air Force lost two jets. In the first instance pilot Flight Lieutenant Nachiketa was taken prisoner of war. The second episode saw Sqn Ldr Ahuja lose his life on the ground after ejection.Air Chief Marshal Dhanoa was his the CO of Sqn Ldr Ahuja then.