The Aam Aadmi Party on Tuesday released the list of 70 candidates for the upcoming assembly polls. According to Manish Sisodia, 46 sitting MLAs have been given the tickets, while the AAP has dropped 15 MLAs who won the elections in 2015. Nien seats that fell vacant have gone to new candidates. The list has five Muslim and eight women candidates. 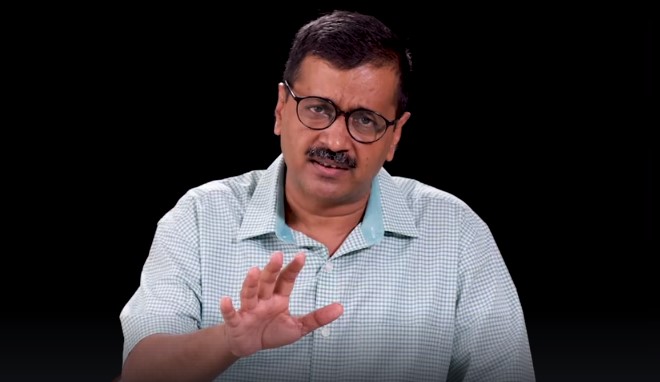 Kejriwal tweeted, “Best wishes to all. Don’t be complacent. Work v hard. People have lot of faith in AAP and u. God bless.”

Best wishes to all. Don’t be complacent. Work v hard. People have lot of faith in AAP and u. God bless. https://t.co/JuuvriCoNG

In 2015 assembly polls, Kejriwal’s party had won 67 out of 70 seats. The BJP had won three while the Congress had failed to win a single seat. Since then, the Congress has gained considerable grounds in Delhi as was evident in its performance in the last Lok Sabha polls when the AAP finished third in five out of seven seats.

Kejriwal has also lost his credibility among minorities and the city’s liberals after he refused to visit Jamia Millia Islamia, JNU and Sheheen Bagh that have become the symbols of the protests against the amended Citizenship Act. Many believe that Kejriwal is wary of upsetting his core Hindu voters by openly standing with protesters against an anti-Muslim act.

In this year’s assembly polls, Kejriwal has hired the services of Prashant Kishore, who ran the election campaign of Prime Minister Narendra Modi in 2014.