Krushna Abhishek is known for his comic timing and has become an integral part of The Kapil Sharma Show with his character Sapna becoming a household name. Krushna’s appearance in The Kapil Sharma Show often leaves viewers in splits, but the comedian was inconsolable after he entered the Bigg Boss house to meet his sister Arti Singh. 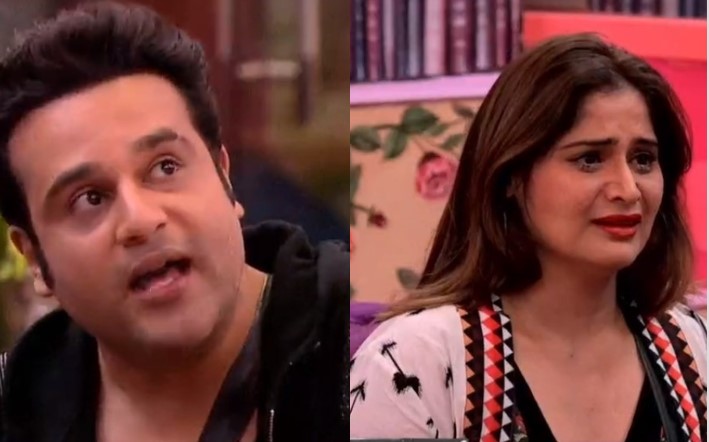 Krushna entered the house to see his sister after a gap of four months. The promo broadcast by Colors TV showed Krushna breaking down after being engulfed by emotions. He told his sister, “My biggest proud moment is when people say ‘see Arti’s brother is going’…You did very well. You maintained your dignity very well. I am so proud of you.”

Krushna has often spoken about his sister using his social media pages. Not too long ago, he had taken to Instagram to shower praises on Arti. He had written, “Such a proud feeling now days was in Delhi a guy came up to me and said “Arti s brother na “?felt really good. At airports on shows every one taking about her. “Sir watching Arti she s doing well”ladies coming up to me and saying “we really love Arti “such a proud feeling for a bro.”

Krushna isn’t the only family member entering the Bigg Boss house this week. Among other family members are Mahira Sharma’s mother Sania and Shehnaaz Gill’s father. While Sania will be seen embarrassing Paras by constantly reminding him about his girlfriend Akanksha, she will also warn him to not kiss her daughter Mahira.

As for Shehnaaz’s father, he will be seen taking a vow from his daughter to not continue her relationship with Siddharth Shukla any further.

While it’s not clear if any other family members of Bigg Boss contestants will enter the house, the goings-on in the reality show have suddenly become incredibly interesting as the show inches closer to its end.