At least 32 people are feared dead after a bus fell off a bridge into a canal near Patna village in Madhya Pradesh’s Sidhi district on Tuesday morning. Police and eyewitnesses said that many more may have drowned in the canal. 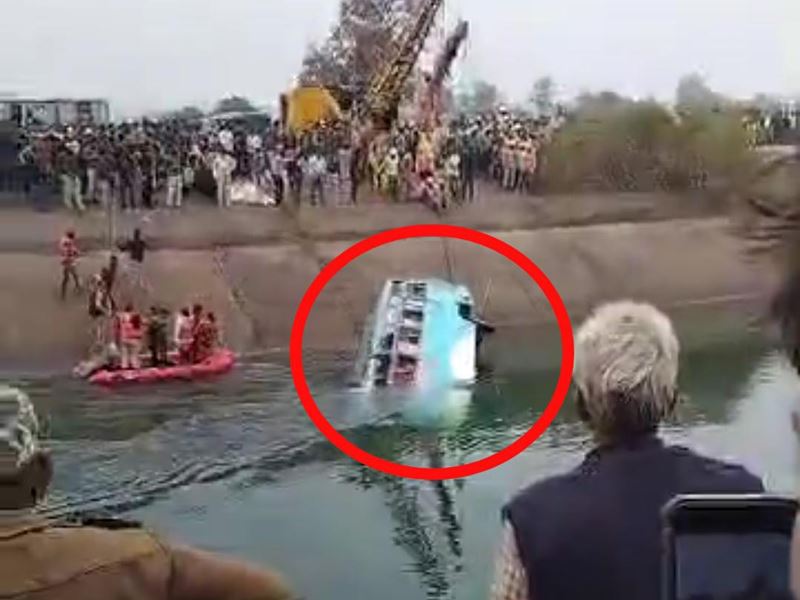 According to reports, at least 50 passengers were on board when the bus fell off the bridge into the canal, around 560 kms away from the state capital, Bhopal. The bus is believed to have sunk deep into the canal and was not visible.

At least seven passengers were able to swim to the banks of the canal.

Madhya Pradesh Chief Minister Shivraj Singh Chouhan announced Rs 5 lakh compensation to the immediate family members of those killed in the accident. “This was an extremely tragic accident. Seven people were able to escape safely…Two ministers are on their way to the site after we held an emergency cabinet meeting,” Chouhan said in a video message.

The chief minister also said that an event scheduled to award houses under PM Awas Yojna had been cancelled in the light of today’s accident.