Officials in Madhya Pradesh say that at least 13 people lost their lives after a bus heading towards Nagpur in Maharashtra fell into the Narmada river in the Dhar district on Monday. 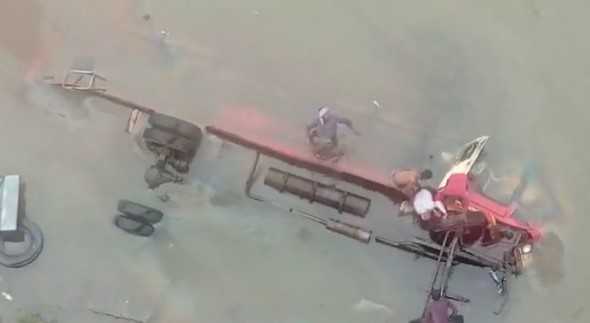 According to reports, the Maharashtra Roadways bus was carrying over 30 passengers when the accident took place.

A report by news agency PTI said that the bus broke through the railing of a bridge on the National Highway No.3 (Agra-Mumbai road), situated close to Dhar and Khargone borders before falling into the river.

The bus had left Indore in Madhya Pradesh and was on its way to Nagpur.