Former India cricketer Yuvraj Singh has refused to address Yograj Singh as his father as he wrote an extraordinary post to dedicate his birthday to protesting farmers. Yuvraj’s father Yograj was recently in the news for his hard-hitting attack on the Centre’s Narendra Modi government for its decision to pass the controversial Farm Laws allegedly favouring crony capitalist friends, Ambani and Adani. Yuvraj Singh is married to actor Hazel Keech, a close friend of Aamir Khan’s daughter Ira Khan. 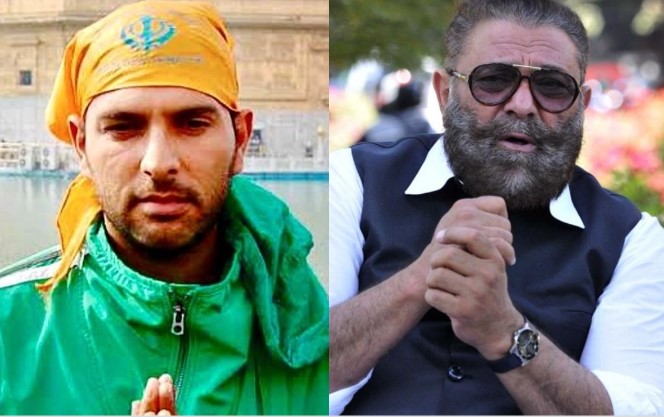 Refusing to address Yograj Singh as his father, former India batsman wrote, “As a proud Indian, I am indeed saddened and upset by the statements made by Mr. Yograj Singh. I wish to clarify that his remarks have been made in an individual capacity and my ideologies are not the same in any manner.”

A full-blown controversy was triggered after Yograj Singh was seen making controversial comments in a viral video. Addressing the protesting farmers, Singh had allegedly said, “Inki aurate take-take ke bhaw bikti thi (their women were sold for two cents).” He had said that when Hindus’ daughters and wives were abducted and sold off by foreign invaders, Sikhs had saved them.

His comments had prompted the right-wing brigade to demand for his arrest on social media platforms.

Yuvraj, however, urged for a peaceful resolution of farmers’ agitation as he wrote, “I only wish and pray for a swift resolution of the ongoing talks between our farmers and our government. Undoubtedly, farmers are the lifeblood of our nation and I truly believe that there is no problem which cannot be resolved through peaceful dialogue.”

Yuvraj played for IPL team Mumbai Indians, owned by Mukesh Ambani and has often been seen attending their lavish parties.

Earlier many celebrities from Punjab have expressed their support for the protesting farmers. Actor Diljit Dosanjh had slammed Kangana Ranaut for insulting Bilkis Dadi of Shaheen Bagh and Mahinder Kaur of Punjab by making defamatory comments about them. Kangana was forced to delete her tweet peddling fake news. She has, however, not apologised for her mischief.