Indian Idol judge Neha Kakkar has made a stunning confession on being in love with Rohanpreet Singh, former reality show contestant and suitor of ex-Bigg Boss contestant Shehnaaz Gill aka Punjab’s Katrina Kaif. Neha took to Instagram to finally confirm her relationship status amidst reports that she was set to get married later this month. 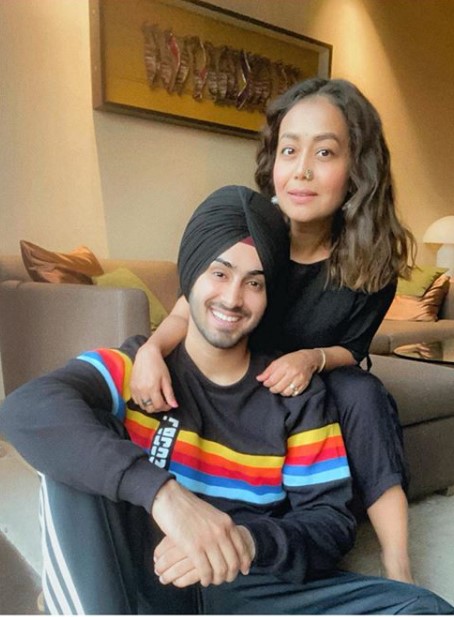 The popular Bollywood singer took to Instagram to share a photo of herself with Rohanpreet as she wrote, “You’re Mine @rohanpreetsingh ♥️?.” She ended her post with hashtag #NehuPreet.

No sooner did she make her relationship with Rohanpreet public, her fans began to congratulate her. One wrote, “So sweet.” Another commented, “Congrats.” “Both looks so cute together ?❤️,” commented another fan. Actress Shraddha Arya wrote, “Woohooo!!!! ?? Congratulations Nehuuu ??! Adorable Couple!”

Neha also updated her Insta story to remind Rohanpreet that she needed to be fed delicious cake every day. This was after she shared a series of videos from the sets of Indian Idol where she was seen enjoying ‘protein cake’ sponsored by singer Himesh Reshammiya, who is also a judge on the Sony TV’s singing reality show.

While sharing a video of enjoying the cake, Neha wrote in the caption, “I want cake everyday. Okay @rohanpreetsingh?” The song used in the video was from Kalla Sohna Hai song, which she had sung for former Bigg Boss contestants Asim Riaz and Himanshi Khurana aka Punjab’s Aishwarya Rai.