Bollywood actor Kangana Ranaut, known for her support for the BJP and its Hindutva politics, on Friday released a passionate video asking why she was being ‘mentally, emotionally and now physically tortured.’ Her emotional appeal came just before the controversial actor appeared before the Mumbai Police for questioning in a sedition case. 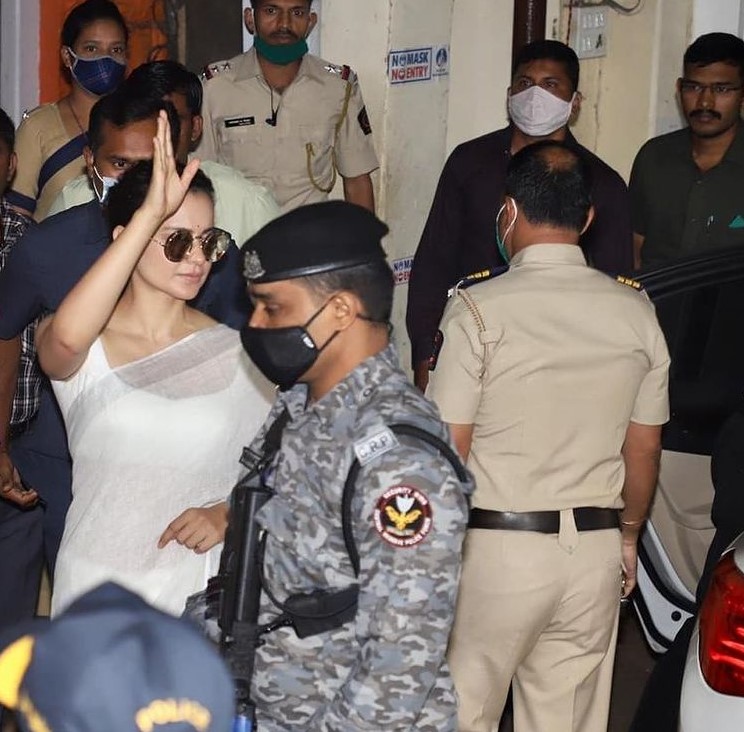 Sharing the video of her emotional appeal, Kangana wrote, “Why am I being mentally, emotionally and now physically tortured? I need answers from this nation…. I stood for you it’s time you stand for me …Jai Hind ?”

On Friday, Kangana arrived at the Bandra Police Station as she flaunted her Y-plus security cover. Also accompanying her was her controversial sister, known for making communally-charged comments in the past until Twitter banned her from its platform.

Kangana’s lawyers had assured the Bombay High Court in November that the actor will appear before the police on 8 January to record her statement in the case where she’s facing allegations of posting communally provocative tweets. Both sisters had also given an undertaking before the high court that they will stay away from commenting on the case on social media.

The case against Kangana and Rangoli pertains to an FIR filed against the duo for using social media pages to cause communal enmity between two religious groups in India.