Bollywood actor Rhea Chakraborty has triggered another full-blown controversy after MYTV fame Rajiv Lakshman shared a series of intimate photos with the former girlfriend of Sushant Singh Rajput with ‘irresponsible choice of words.’ Lakshman’s social media post with ‘I love you’ remarks for Rhea left fans of Sushant Singh Rajput incensed, prompting the MTV host to delete his photos and issue a clarification. 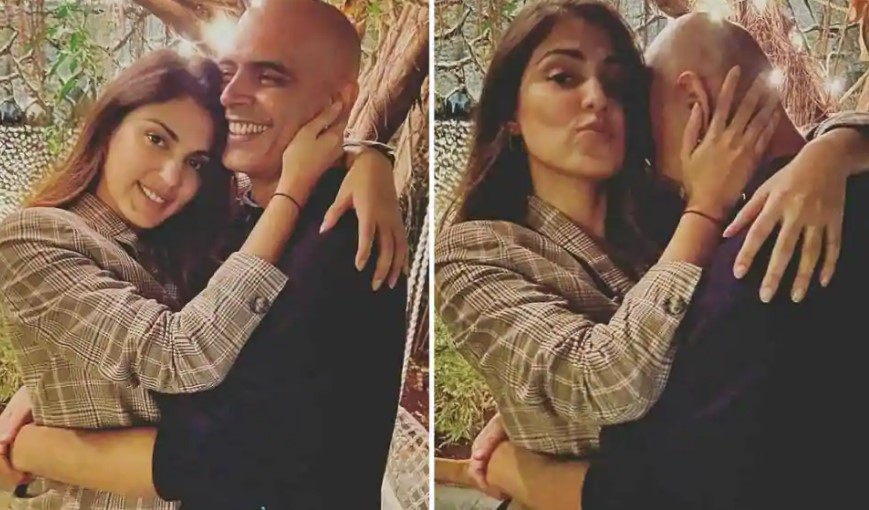 Sharing a series of intimate photos with Rhea, Rajiv had written, “I love you.” 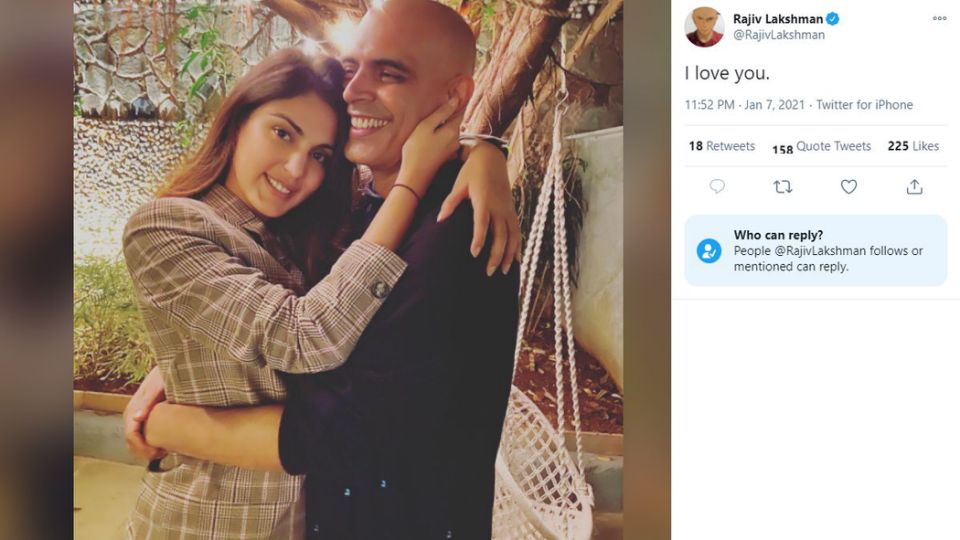 Lakshman also shared the same photos on Instagram, where he has in excess of 44,000 followers. Both Lakshman and Rhea could be hugging each other.

Lakshman’s photos evoked angry reactions from SSR fans, who questioned the lack of sensitivity of Rhea. Rhea was arrested in a drug racket case by the Narcotics Control Bureau after the mysterious death of Sushant Singh Rajput on 14 June last year. One fan wrote, “SSRians boycott Roadies.. let him know what he is really worth of !! # Boycott Roadies .. Basically boycott MTV.” “We thought it’s just your hair that’s gone.I bet common sense and values left long back since those bullying Roadies days.Birds of a feather flock together,” commented another fan.

Faced with public backlash, Lakshman deleted his posts and issued a clarification. Lakshman wrote, “I seem to have created unnecessary trouble with my irresponsible choice of words on a post. Rhea is a dear old friend, and I’m happy to meet her again, & I wish her well.”

The intimate photos of Rhea with Lakshman were reportedly clicked at Anusha Dandekar’s birthday bash.

Rhea was arrested after Sushant Singh Rajput’s father filed an FIR naming accusing her of siphoning Rs 15 crore from his son’s bank account. The NCB had later arrested her in the drug racket case. She was released on bail in October after spending several weeks in jail. While granting her bail, the Bombay High Court had imposed stringent restrictions on her.