In a sensational development, it’s been revealed that Tesla founder Elon Musk had an affair with the wife of his billionaire friend. The billionaire friend, whose wife Musk was having an affair with, has been identified as Google co-founder Sergey Brin. The revelation about Musk’s secret liaison with Nicole Shannahan prompted Brin to file for divorce earlier this year. 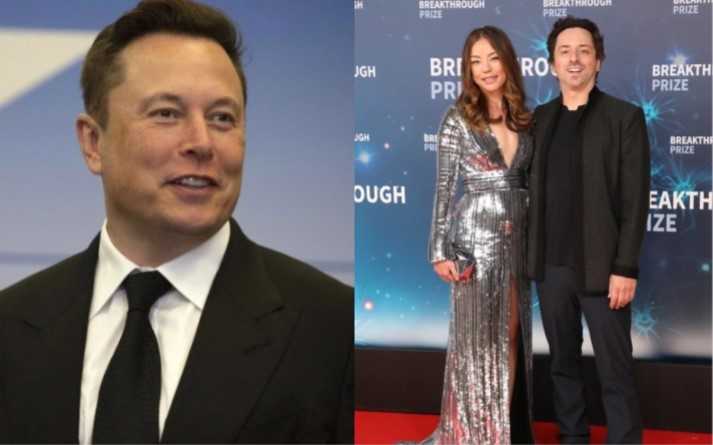 The stunning revelation by a Wall Street Journal comes days after it emerged that Musk had fathered a twin with one of his senior executives.

51-year-old Musk and 46-year-old Brin have been friends for a long time. While Musk is ranked the richest person in the world, Brin finds his name at number 8 on the lost of the wealthiest people in the world with $95 billion fortune.

The revelation about Musk’s secret affair with Shannahan prompted Brin to not just file for a divorce, but also reportedly asked his financial advisers to sell his personal investments in companies owned by Tesla founder.

Who Is Nicole Shannahan?

A person familiar with Brin and Shannahan told the Wall Street Journal that the couple met at a yoga retreat called Wanderlust around seven years ago before they decided to exchange wedding vows. They were married for four years until Brin came to know about his wife’s dirty relationship with Musk.

Both Brin and Shannahan were previously married. While the Google co-founder was married to Anne Wojcicki, co-founder of genetics company 23andMe Inc., Shanahan ‘s first husband was a finance executive.

The alleged illicit affair between Shannahan and Musk started in December 2021 at the Art Basel event in Miami. According to the report, Musk dropped to one knee in front of Brin at a party earlier this year and asked for forgiveness for the transgression. However, Brin had already filed for divorce by then.

Shannahan’s professional bio reads, “Nicole Shanahan is an attorney in California and a research fellow at CodeX, the Stanford Center of Legal Informatics, a joint center between Stanford Law School and Computer Science. She is the founder and CEO of ClearAccessIP an automated patent management and valuation platform, and a legal technologist who specializes in the legal applications of neural networks, structured databases, APIs, UI/UX, automation and SaaS. Apart from the practical applications of legal technology, she is formulating an economic theory, entitled “Coasean Mapping” to predict the pace and nature of society’s adoption of legal artificial intelligence.

“Other areas of high interest include: Criminal Justice Reform, and improving marriage contracts such that they promote healthy domestic partnerships.”

Shannahan’s net worth is believed to be in the region of $50 million. But this could potentially increase following her divorce settlement with Brin. She reportedly has a son and a daughter from Brin.