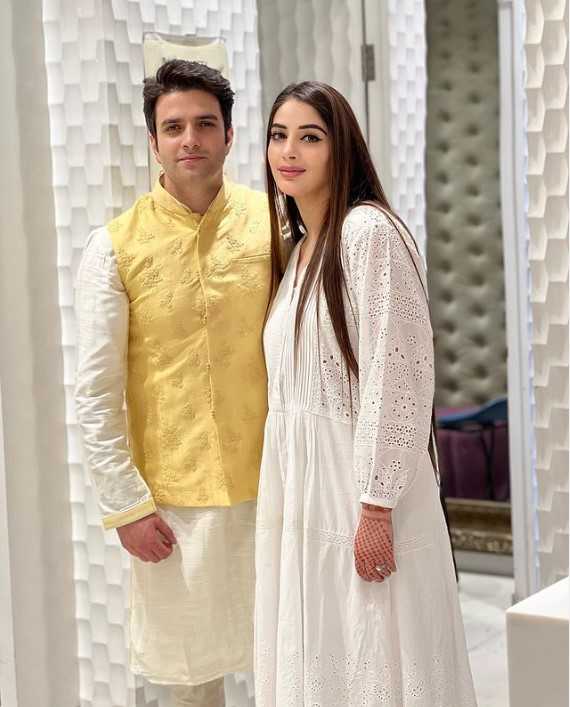 Athar took to Instagram to announce his engagement. Sharing a photo of himself with Mehreen, Athar wrote, “#engagement.”

Many of Athar’s followers on Instagram congratulated him for his new journey in personal life. One wrote, “❤️Many congratulations, @atharaamirkhan bhai. May the relationship blossom into a blessed one. 🙌 Super happy for you both.” Another wrote, “Congratulations. Best Wishes 😊”

Who Is Dr. Mehreen Qazi?

Mehreen is a qualified doctor and also hails from Kashmir, Athar’s native place. She describes herself as a ‘ dreamer’ and ‘achiever.’ Mehreen has an MD in medicine and has reportedly been dating Athar for quite some time.

Dr. Mehreen has acquired her degrees in medicines from the UK and Germany.

She describes herself as a ‘disciplined and confident Physician with UK LICENSE and Board Certification in Internal Medicine.’ “Extensive experience in hospital and clinical settings. Strong background working with minority and low-income populations. Experience in diagonsing the disease and providing best medical help.Experts in surgery of trauma patient.Good experience in helping the general surgery. Expert in handling all outpatients & inpatients department,” reads her bio on one of her social media pages.

She has been working as a Scientific Officer at the Rajiv Gandhi Cancer Institute & Research Centre.

The couple decided to go for the engagement after Tina Dabi moved on and married Dr. Pradeep Gawande, who is also an IAS officer in Rajasthan.

Tina and her first husband Athar Aamir Khan separated through a mutual divorce last year after being in marriage for two years. Tina had said that the divorce process was a painful experience but spending time in work and with family helped her come out of the trauma. “Divorce is a painful experience, it drains you emotionally. I kept myself busy in work spent time with my family to come out of that difficult time,” Tina was quoted as saying by Dainik Bhaskar.

Athar, who was also posted in Rajasthan, had decided to return to Kashmir as differences between him and Tina became beyond repair. He’s never spoken about his relationship with Tina and why it ended up in a divorce.