Police in the US say that a group of shooters killed at least three people and wounded 14 others during another incident of a mass shooting. The latest incident took place in the busy South Street area of Philadelphia Saturday night. The victims were enjoying their weekend night when a group of shooters opened fire at them. 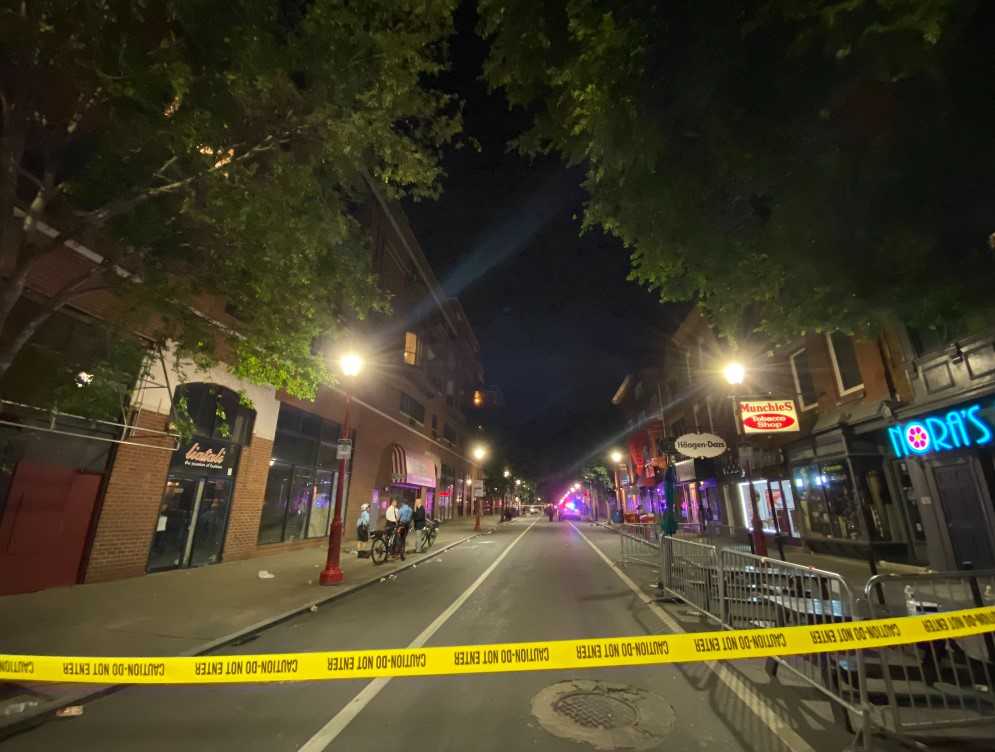 The police have not released the identities of the victims but said that they included two men and a woman.

Who are Philadelphia shooters?

A police officer present at the scene of the crime said that he was barely a few meters away from the shooters.

South Street in Philadelphia is known for being a corridor of entertainment for its number of bars and restaurants. There’s usually a high police presence in the area over the weekend.

Police Inspector DF Pace was quoted as saying, “There were hundreds of individuals just enjoying South Street, as they do every single weekend when this shooting broke out.”

Pace added that one of his colleagues was ‘within about 10 to 15 yards’ of one of the individuals firing into the crowd and shot at the suspect. “We’re uncertain whether he was struck or not, but the officer was able to get that individual to drop his gun and flee,” CNN quoted Pace as saying.

The police have launched a massive manhunt to nab the shooters.

America has witnessed 239 mass shootings in 2022 alone. President Joe Biden recently made a passionate plea urging Republicans to vote to end the gun culture in the