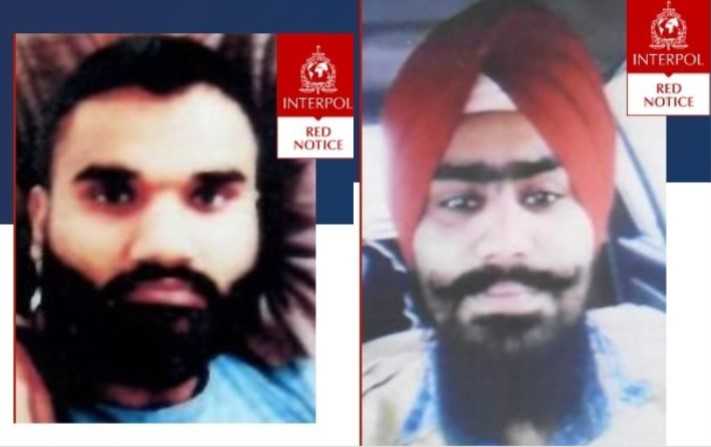 28-year-old Brar, whose real name is Satinderjeet Singh, hails from Punjab’s Muktsar Sahib and can speak English, Hindi and Punjabi.

Moosewala was gunned down on 29 May in his home town Mansa. Brar had taken to Facebook to claim responsibility for his murder. His associate, Lawrence Bishnoi, recently told the Delhi Police that the singer’s murder was to avenge the killing of an Akali leader.

The Punjab Police had approached the CBI for the red corner notice against Brar in two FIRs registered by them. The first FIR (No. 409) was registered on 12 November 2020, while the second FIR (No. 44) was filed on 18 February 2021 at the City Police Station in Faridkot. TThe CBI communicated the matter to Interpol on 2 June but did not mention the murder of Moosewala.

Issuing the red corner notice for Sandhu, the Interpol said that he was involved in crimes such as ‘attempt to murder, voluntarily causing hurt to deter public servant from his duty, assault or criminal force to deter public servant from discharge of his duty, obstructing public servant in discharge of public functions, Rioting armed with deadly weapon, member of unlawful assembly., Attempt to murder, wrongful restraint, Making or possessing counterfeit seal, etc., and offences related to arms/weapons., Making preparation to commit dacoity, Assembling for purpose of committing dacoity, Habitually dealing in stolen property, Making or possessing counterfeit seal, etc., criminal conspiracy and offences related to arms and offence related to Narcotic Drugs and Psychotropic substances.’

Moosewala had joined the Congress just before the assembly elections this year and unsuccessfully contested from the Mansa assembly seat.