Indian cricket skipper Virat Kohli has confirmed that he and his actress wife Anushka Sharma were expecting their first child to be born in January 2021. 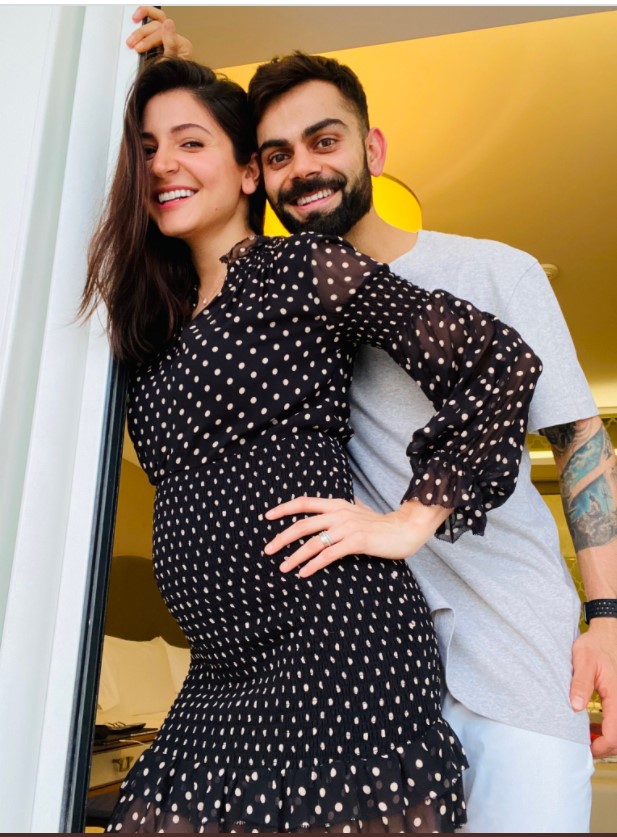 The Indian skipper tweeted, “And then, we were three! Arriving Jan 2021.”

Kohli also shared the photo of Anushka with a baby bump.

Anushka too shared the same photo with an identical caption on Instagram, “And then, we were three! Arriving Jan 2021.”

Anushka and Virat had tied the knot in Italy in December 2017.

No sooner did Virat and Anushka share the news of the expected new arrival in their family, Twitterati began to trend #virushka.

What a news to start of the day ??

Chota Kohli on the way ❤ God bless both of them .#Virushka pic.twitter.com/2tCWWWePzy

Reporter: #virushka are having a little one soon

Ravi Shastri: I never believe in little pegs, the peg has to be bigger and stronger

Reporter: I was talking about the kid pic.twitter.com/sR6BrTJ5IW

One of my favourite Couple ❤❤@imVkohli@AnushkaSharma#Virushka
From this to this ♥️ pic.twitter.com/baSCp08h4j