Nita Ambani, the wife of India’s richest man Mukesh Ambani has become an integral part of the game of cricket in India. Aside from owning one of the most successful IPL cricket teams, she’s also often seen cheering the Indian team in crucial international competitions. In May this year, when her IPL team Mumbai Indians pulled off a thrilling win against Chennai Super Kings, Twitterati had felt that it was largely due to her desperate prayers that sealed the fate of the IPL final in her favour. That’s because she was seen profusely chanting some mantras when her team desperately needed to perform in the dying overs of the IPL final. 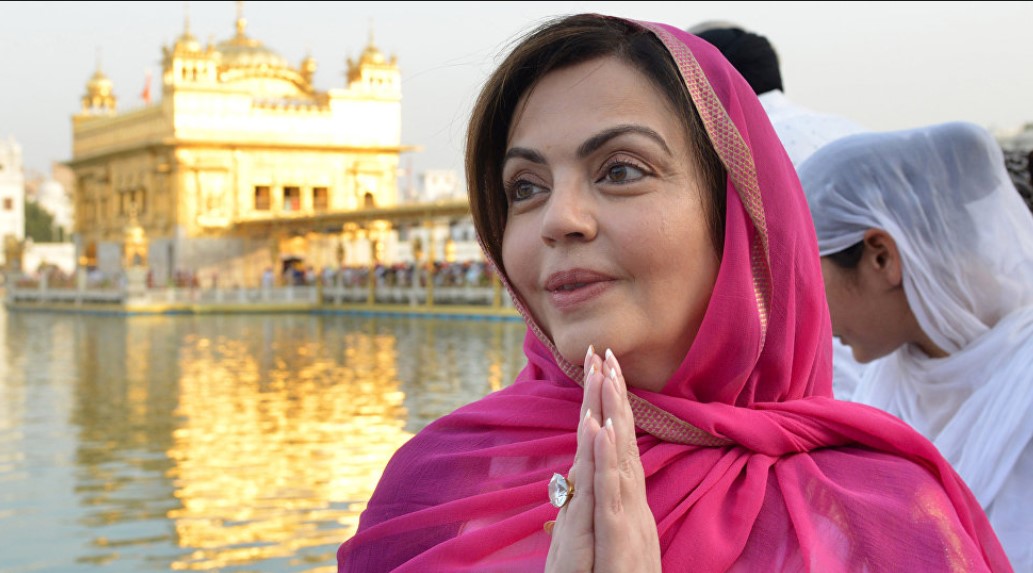 It’s not surprising why cricket fans desperately looked for her when India needed some lady luck against their crucial semi-final match against New Zealand in the ongoing World Cup. The Kiwis scored 239 runs in a match that lasted two days in Manchester. But, India failed to surpass the total, losing the match by 18 runs. This also meant that the Virat Kohli-led team were knocked out of the World Cup.

As India faced disastrous consequences, cricket fans took to Twitter to desperately look for Nita Ambani hoping that she could chant her secret mantras that had enabled Mumbai Indians to pull off a miraculous win in this year’s IPL final.

Someone Please call Nita Ambani.
Where are the Ambanis when you need them.#indiavsNewzealand #NitaAmbani #Ambani #WorldCup2019

Nita Ambani was spotted in London while the league stage matches of the World Cup were on. While in London, she had also courted a huge controversy while posing with Karisma Kapoor and Kareena Kapoor Khan with a handbag costing a whopping Rs 2.6 crore. Many on social media had slammed her for flaunting her riches with some even arguing that the money spent on her handbag could have ensured adequate water supply to nearly 80,000 people in India for a year.