Trinamool MPs Nusrat Jahan And Mimi Chakraborty are back in the news after a video of the two first-time MPs paying tribute to Goddess Durga with a dance went viral. In the video, the two lawmakers from Bengal are seen dancing in praise of Goddess Durga. 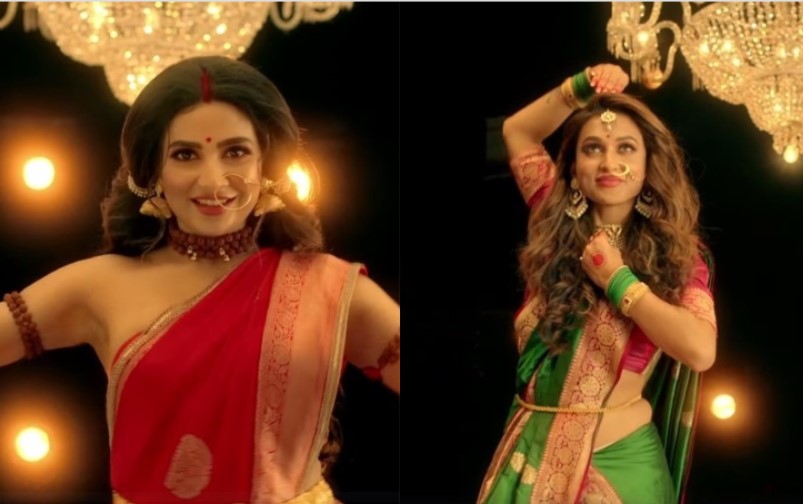 Both are seen dancing to the song Ashey Maa Durga Shey, which has been composed by Indraadip Das Gupta and choreographed by Baba Yadav. The song also features singers from Bangladesh.

The video, which was first posted by a user on Facebook, has already clocked close to two million views.

Their fans are loving the performance of the two actress-politicians, who are extremely close friends in real life. One fan wrote, “Beautiful dance.” Another commented, “Am speechless.”

While Nusrat Jahan had won this year’s Lok Sabha polls from Basirhat, Mimi had won her maiden electoral battle from Kolkata’s Jadavpur constituency. Nusrat had faced incessant trolling after she married a Hindu businessman in Kolkata and arrived in the parliament sporting sindoor.

Responding to her critics, Nusrat had written, “I represent an inclusive India which is beyond the barriers of caste, creed and religion.”