TikTok celebrity and former BJP candidate, Sonali Phogat, has found herself in a spot of bother after a video showing her thrash an official with a slipper went viral. 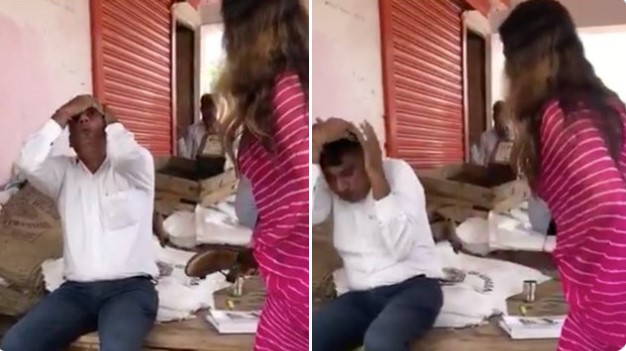 In the viral video, Sonali, who contested the last assembly elections on a BJP ticket, was seen assaulting Hisar Market Committee secretary Sultan Singh with her slipper. The incident reportedly took place during her visit to the market on Friday.

In the video, Sonali was seen repeatedly asking, “How dare you abuse me?” She added, “Haramzade, only you have the right to live. Do I do this to earn abuses?”

She alleged that the official had abused her and used foul language against her. After she was done with thrashing the official, she turned to a cop and ‘ordered’ him to file a complaint against the victim.

Sonali Phogat had lost to Congress’ Kuldeep Bishnoi in the last assembly polls.