Kapil Sharma caused more grief to Archana Puran Singh of the Salman Khan-produced The Kapil Sharma Show by accusing her of looting Sony TV even as Kiku Sharda roasted Arnab Goswami for his ‘drug’ rant on Sunday night. 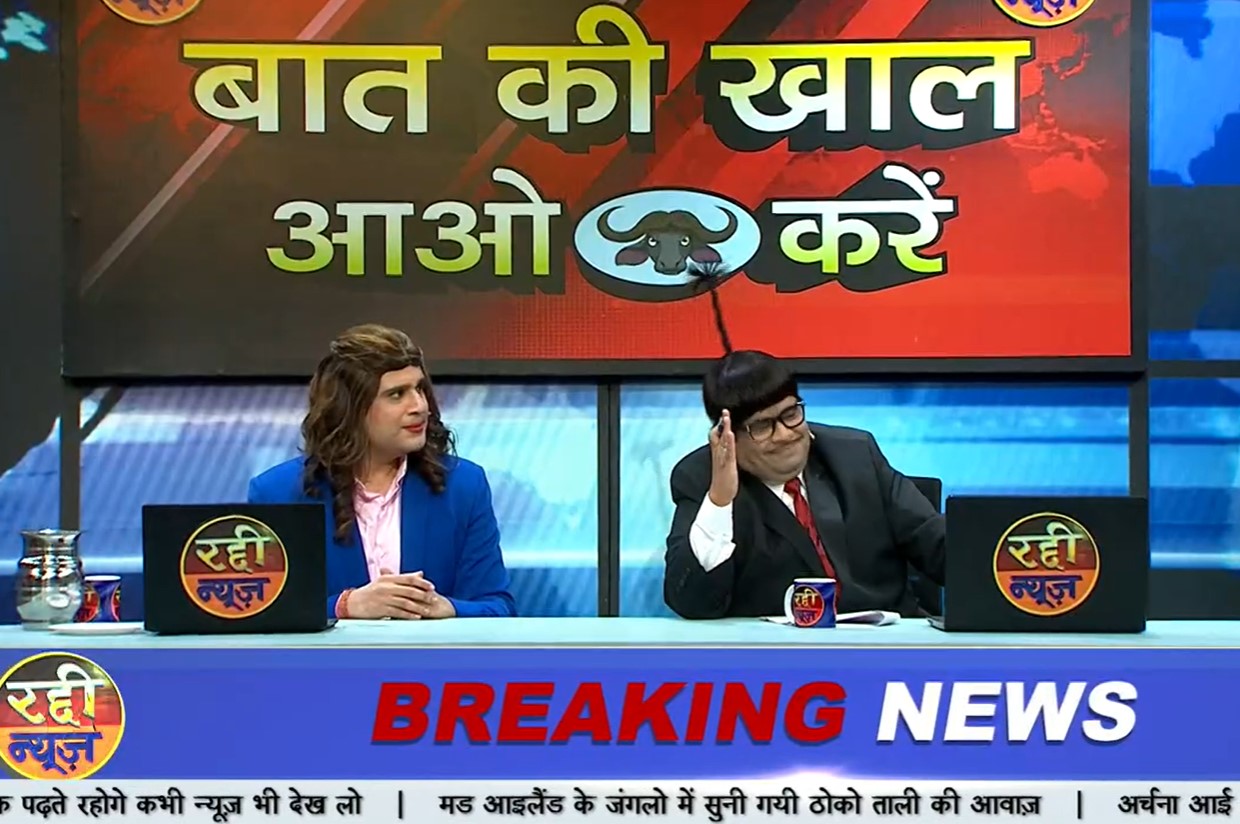 Kiku and Krushna Abhishek were producing a TV news bulletin for their channel Raddi News, which loosely translates as Garbage News. Kiku was mimicking Arnab Goswami for his recent rant against Salman Khan when Kapil Sharma appeared disguised as Navjot Singh Sidhu. Sidhu was the judge of The Kapil Sharma Show until Archana replaced him.

Targeting Archana, Kapil (disguised as Sidhu) wished to read a couplet but warned Archana to turn her face away saying that his blood was boiling. He said, “This woman has looted the (Sony TV) channel.”

Taking a potshot at Archana, Krushna Abhishek said that the actress known for doing ‘ha, ha, ha’ had driven Sidhu away from the comedy show.

However, the Sunday’s show earned widespread plaudits for Kiku’s impeccable roasting of Republic TV founder Arnab Goswami by mimicking his recent ‘drug rant.’ Kiku also left everyone in splits by repeating the lines uttered by Goswami for Salman Khan as he yelled, “Breaking news. Our milkman has not arrived. Breaking news. Doodh waala saamne aao, kahan chhipe baithe ho. (Come out in the open milkman. Where are you hiding?).”

Kiku seemingly mimicking Goswami also chided actor Manoj Bajpayee for sounding positive on the show as he said, “You are talking positively and we don’t have a place for such stuff.” This was seen as a dig at Goswami, who is often accused of promoting negativity through his broadcast on Republic TV.

Kiku didn’t stop here. When Bollywood filmmaker Anubhav Sinha asked Kiku if he expected his guests to speak on his show, the comedian replied, “You can speak but you have to say something explosive.”

As expected, Twitterati could not hide their admiration for the show;

Pet arnab as bachha yadav ? Nation wants to thank @KapilSharmaK9 for today amazing show on raddi news which truely highlights the direction in which our journalism is heading toward in current scenario. #TheKapilSharmaShow @PriaINC pic.twitter.com/iRNG6KdAxd