Actor Priyanka Chopra has become the latest entertainment celebrity to extend her support to protesting farmers. The Quantico star did so by quoting a tweet from actor Diljit Dosanjh, who recently earned plenty of plaudits for shutting up pro-BJP Kangana Ranaut. 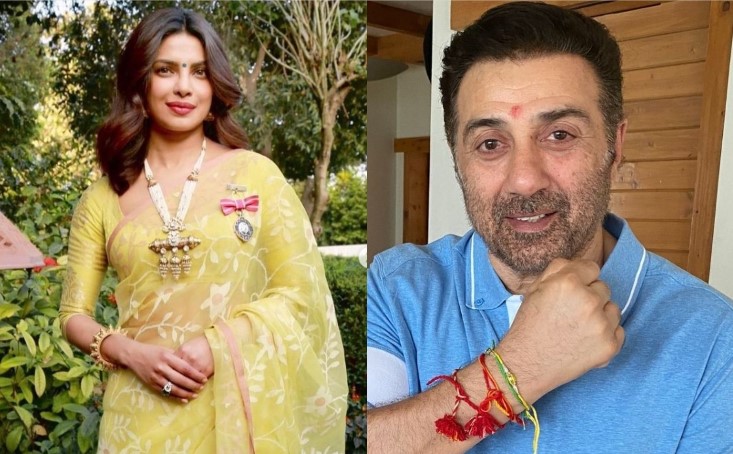 Quoting a tweet carrying photos of protesting farmers by Diljit, Priyanka said that ‘Our farmers are India’s Food Soldiers.’ She added, “Their fears need to be allayed. Their hopes need to be met. As a thriving democracy, we must ensure that this crises is resolved sooner than later.”

Our farmers are India’s Food Soldiers. Their fears need to be allayed. Their hopes need to be met. As a thriving democracy, we must ensure that this crises is resolved sooner than later. https://t.co/PDOD0AIeFv

Meanwhile, actor-turned-BJP MP Sunny Deol has been facing brutal trolling for not taking a firm stand in favour of farmers, a majority of whom are Punjab. Sunny was elected to the Lower House of the Indian parliament from Gurdaspur in Punjab in the 2019 general elections. Sunny said in a statement that he was with ‘farmers and my government’ adding that the BJP government had always taken steps in favour of farmers.

No sooner did he share his ambiguous statement, the BJP MP began to face incessant trolling.

Farmers have called for Bharat Bandh on 8 December, threatening to occupy every single toll booth across the country and occupy all highways leading to Delhi, India’s national capital.

Nearly one lakh farmers have gathered near the Delhi-Haryana border demanding the withdrawal of three Farm Laws that they say will have a devastating impact on their livelihood since they were passed to help big businessmen friends of Prime Minister Narendra Modi.