The Kapil Sharma Show has triggered a huge war of words between two leading characters of TV series, Mahabharat, after Kiku Sharda and Krushna Abhishek brutally roasted Arnab Goswami for his rant against Salman Khan. Gajendra Chauhan, who played the character of Yudhishtir, has hit out at Mukesh Khanna, who essayed the character of Bhishma Pitamah in Mahabharat for criticising The Kapil Sharma Show. 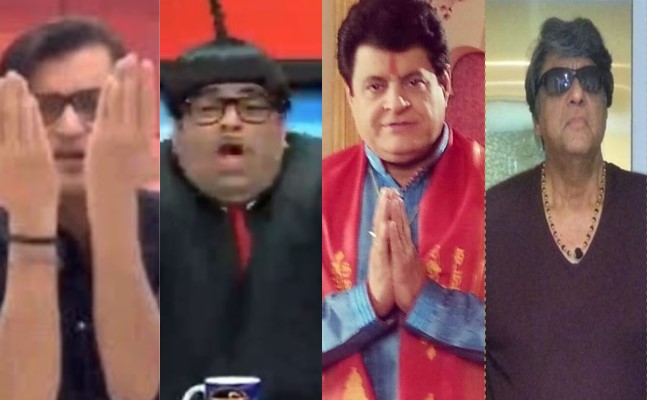 The fight was triggered by Khanna, who took to social media to claim that he had refused to accompany the leading cast of Mahabharat when they appeared on The Kapil Sharma Show recently. He had called the Sony TV show ‘vulgar’ for its cheap jokes and criticised the actors’ decision to dress as women.

Ganjendra Chauhan had hit back at Khanna while using ‘sour grapes’ jibe against his former co-star. Chauhan told a Hindi newspaper, “I think Mukeshji now finds grapes sour because he did not get to eat the grapes. This show has been number one, crores of people watch it and he calls it wahiyat (bad quality). He even said that in the show, men dress in women’s clothes. He forgot that even in the Mahabharata, Arjun had dressed up as a girl and danced in a scene, should he have left the show too? Why did Mukeshji not leave Mahabharata at that time? I strongly condemn this behaviour of Mukeshji.”

Kapil had recently welcomed some of the leading characters from the BR Chopra’s epic TV series, Mahabharat, on his show. Joining Kapil were Chauhan, Arjun Firoz Khan and Nitish Bharadwaj, Puneet Issar and Gufi Paintal. They had shared some never-heard-before stories related to the epic TV drama.

Chauhan had said that Khanna was never invited to appear on the show hosted by Kapil Sharma.

The right-wing brigade had launched a campaign to boycott the popular comedy show.