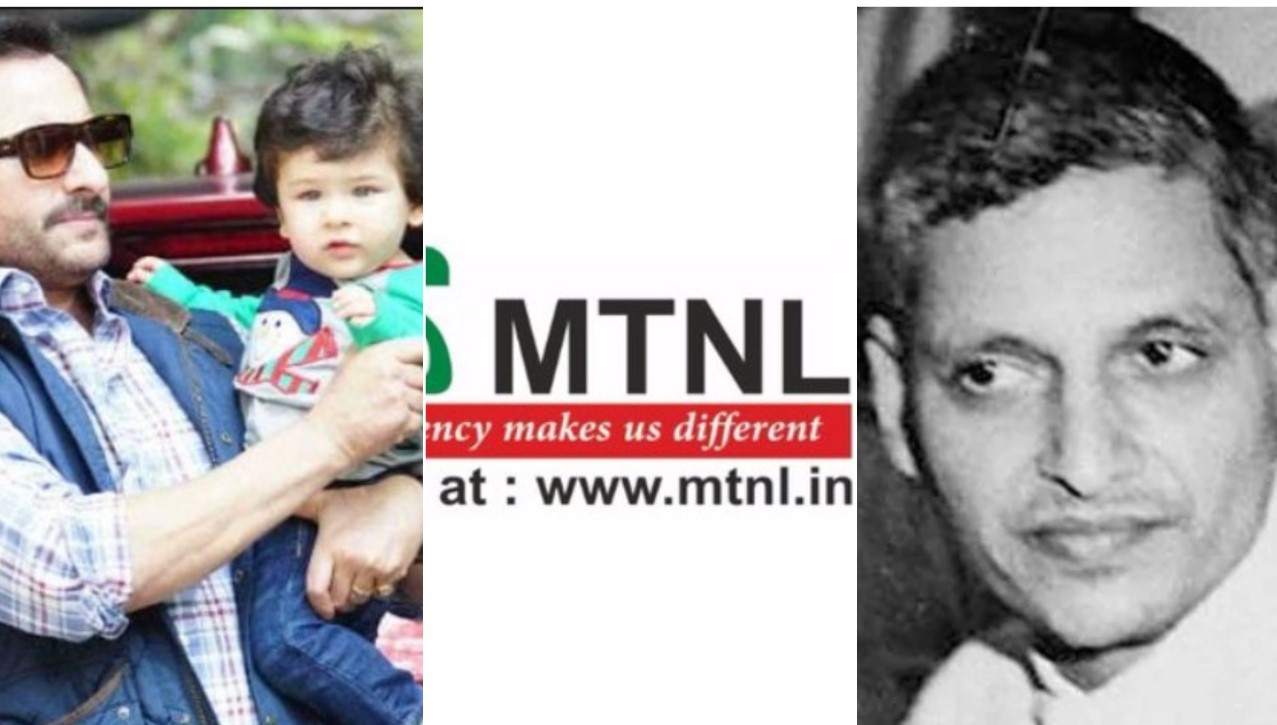 One user, known as Nita Ambani, had tweeted saying that while Hindus were scared of just extending support to Nathuram Godse, some Muslims took pride in naming their children Taimur. The official Twitter handle of the MTNL responded to that obscure tweet in agreement and wrote, “Difficult to swallow the truth.” 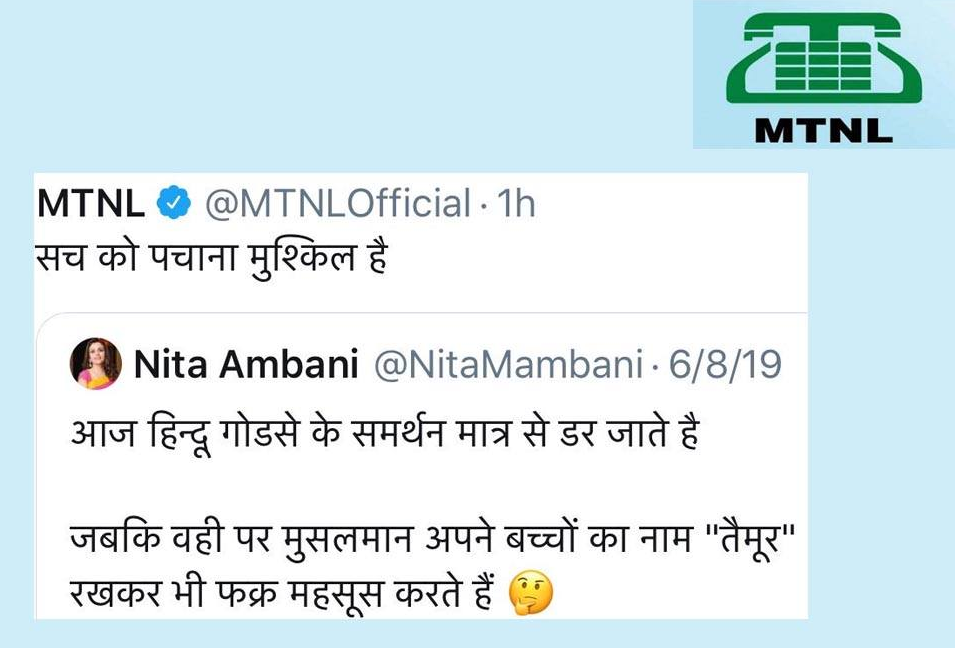 The tweet, which was later deleted, evoked massive condemnation from Twitterati.

Mahatma Gandhiji was killed by Nathuram & his ideology similar to @BJP4India !

But Mahatmaji’s ideology is eternal, never be killed.@MTNLOfficial pl beware, under BJP rule, you & all PSU are under death threat!#ModiSarkar2https://t.co/3DBF2WCxsP

This process of communalising the institutions has begun. Has BJP given charge of the social media handles of institutions to its fake news propagators and IT Cell? Shamefulhttps://t.co/Cnhsp08ZeR

Faced with growing condemnation, MTNL shared its official statement with a tweet that read, “At the outset, MTNL regrets the inconvenience caused by the two objectionable tweets circulated on social media and Twitter.com and purportedly made @MTNLOfficial.We strongly condemns the above tweets and committed to investigate the matter. Press release enclosed.”

At the outset MTNL regrets the inconvenience caused by the two objectionable tweets circulated on social media and https://t.co/M8imPYWVWV , purportedly made @MTNLOfficial.We strongly condemns the above tweets and committed to investigate the matter. Press release enclosed. pic.twitter.com/HhSCm9RhZJ

Saif Ali Khan and Kareena Kapoor Khan had been blessed with a baby boy in December 2017. Their decision to name their child Taimur, after the 14th century Mongol invader had irked Hindutva supporters, who had taken objection to the Bollywood couple’s decision.