Bollywood actress Taapsee Pannu has finally responded to Kangana Ranaut’s sister Rangoli Chandel days after she accused the Mulk actress of being a sasti copy (cheap copy) of her actress sister. Taapsee also said that she was not going to apologise for her ‘double filter’ comments that originally prompted Rangoli to call her a sasti copy. 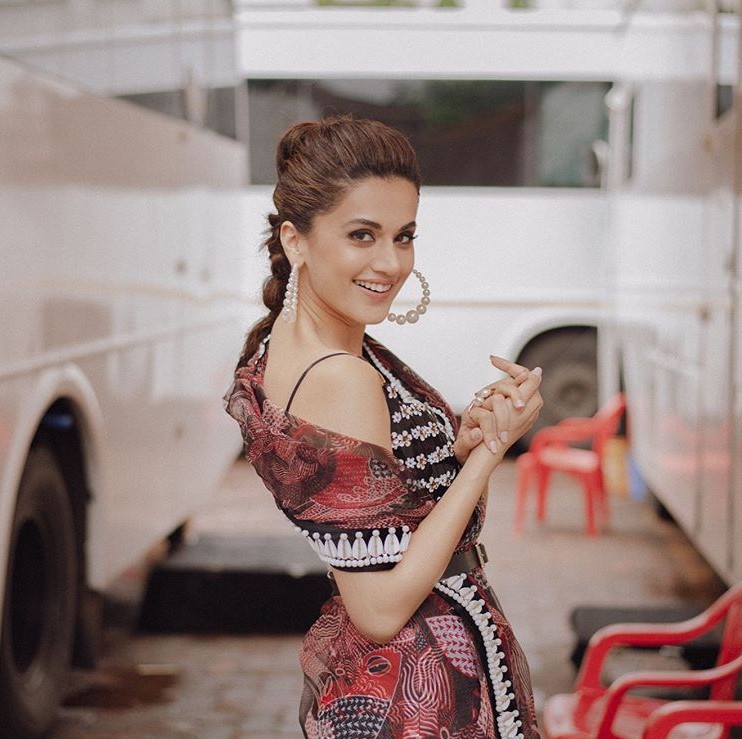 “Seriously, I will not apologize for my honest opinion,” Taapsee, according to IANS, told reporters while promoting her upcoming film Mission Mangal opposite Akshay Kumar.  Reacting to the sasti copy jibe, Taapsee said, “I did not know that she has a patent on curly hair because I was born with curly hair, and my parents are responsible for that. So, I cannot apologize for that either. Rest, I do not know what else I have copied.”

She continued, “However, if I am a copy of a good actress like her (Kangana) — and I always maintain that she is a good actress — I take it as a compliment. I am also called ‘sasti’ (cheap). Yes, I am not the highest-paid actress, so that way you can call me ‘sasti’.”

The controversy started in July when Chandel launched a tirade against Taapsee for not mentioning Kangana while appreciating Judgementall Hai Kya. Chandel, who also acts as Kangana’s manager and publicist, had said then, “Kuch log Kangana ko copy kar ke he apni dukaan chalate hain, magar pls note, they never acknowledge her, not even a mention of her name in praising the trailer. Last I heard, Taapsee ji said Kangana needs a double filter, and Tapsee ji you need to stop being a sasti copy.”

Taapsee’s friend and filmmaker Anurag Kashyap had taken to Twitter to slam Chandel calling her act as ‘desperate.’

The whole controversy started when Taapsee said that Kangana needed a ‘double-filter’ because she was brutally honest about her opinions.

Taapsee, however, told news agency PTI that she will have no qualms in greeting Kangana if she saw her in her vicinity. She said, “For me, Kangana is a very good actress, she was and she still is… But other than this, she doesn’t affect me in my life. It doesn’t affect me what she says. There are a lot people saying lot of things on my Twitter timeline.”