Sunrisers Hyderabad on Saturday beat Royal Challengers Bangalore by five wickets with 35 balls to spare in another low-scoring IPL match in the UAE. Earlier, Mumbai Indians had defeated Delhi Capitals by nine wickets in the first match of Saturday. 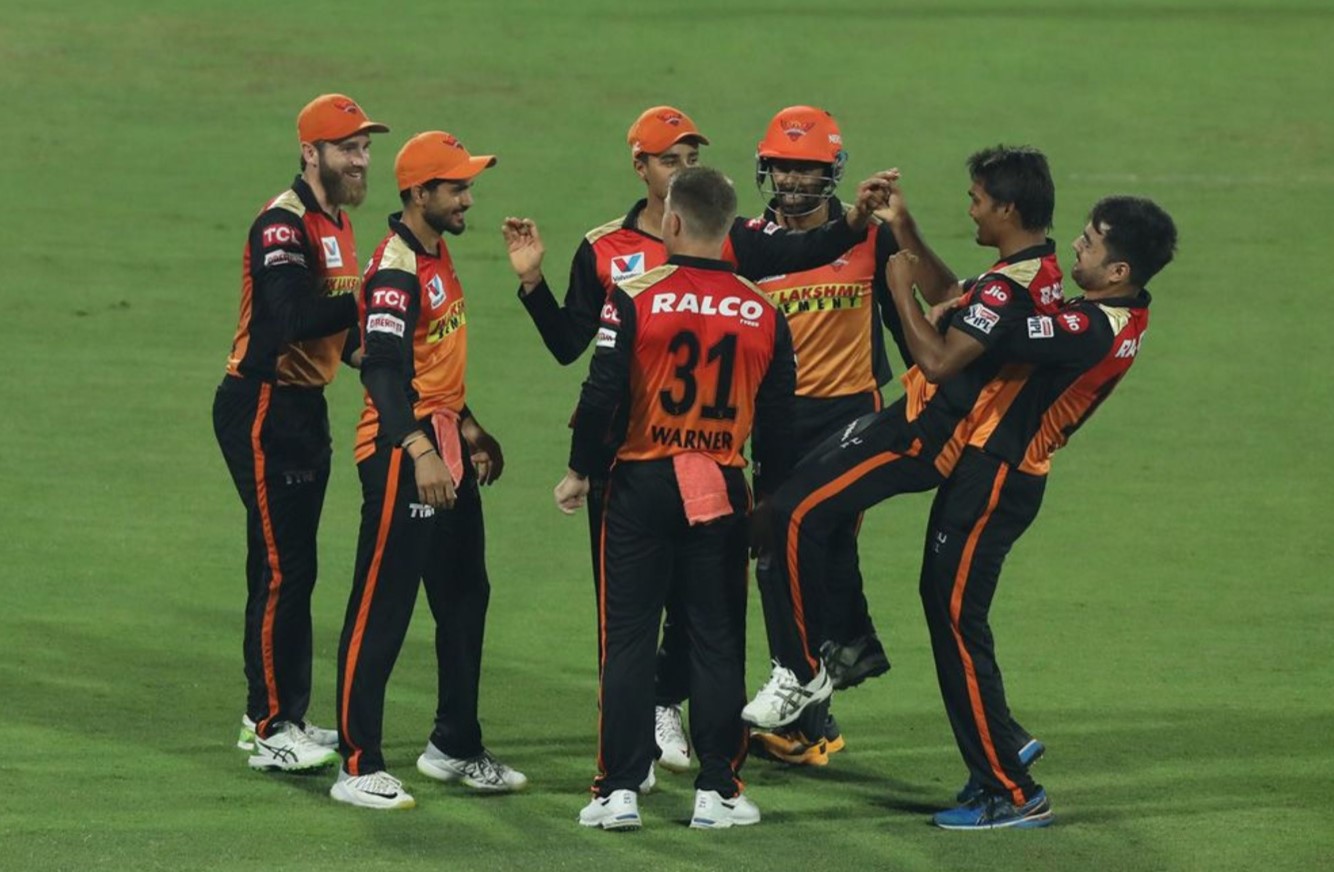 Batting first, Royal Challengers struggled to put up a decent total as they ended their innings at 120-7 after 20 overs. Sandeep Sharma and Jason Holder shared two wickets each. Josh Philippe was the top-scorer with 32 runs, while AB de Villiers made 24 runs in as many deliveries.

The run-chase by Sunrisers Hyderabad was electric even though they needed six runs every over to beat Virat Kohli’s side. They continued to score nearly 10 runs every over in the power play despite losing David Warner early in their innings. Wriddhiman Saha was the top-scorer with 39 runs that he faced just 32 balls to score. Jason Holder remained unbeaten at 26 in 10 balls with his knock including three sixes. The winning run was also scored by the West Indian player as he hit Yuzvendra Chahal for a huge six in the 15th over.

SRH skipper David Warner said on his side’s victory, “Coming here, needing to win against top teams, needing to win all to qualify. It is big. Losing Vijay is a big miss. For us, we worked out how to go about it. Right balance, right partnerships. All the credit today goes to the bowlers. The kind of wicket it is, it is slowing up quite a bit. The bowlers have to adapt. Can’t just be yorkers, can’t just be slowers. You have to hit the wicket. I was not surprised at all with the dew. When it is cooler here, it gets quite dewy. Jason is a very very good cricket ball. Someone of his height, if you are trying to bowl a bouncer to him, you have to dig it in quite short. And it will sit up for him in these pitches. Same do-or-die in the next game. Yeah we can still win the IPL. We had to win all three in 2016. We are winning these close ones. Of course we lost that close one the other night; don’t even remind me of it.”

Kohli, for his part, said, “It was never enough. We thought 140 might be a good total to get into the game, but things changed drastically, which we didn’t predict. It is strange. We thought the weather became pleasant, and there won’t be much dew. I thought we were not brave enough with the bat throughout the innings. To be fair to them, they bowled in the right areas and used the pitch. The situation is straightforward: win the last game and finish in the top two. It is going to be a cracker of a game with two teams locked at 14. I have always been a Bangalore boy when it comes to the IPL, and never drifted towards Delhi.”

Sandeep Sharma was declared Man Of The Match.

With today’s victory, Sunrisers Hyderabad has jumped to fourth in the points table with an improved net run-rate.