This weekend’s Bigg Boss show saw two old friends, actors Kavita Kaushik and Eijaz Khan, engage in a heated argument, forcing Salman Khan to walk away in frustration. This was after the FIR star Kavita was seen not listening to Salman’s request to stop the fight in his presence. Elsewhere, Shehnaaz Gill aka Punjab’s Katrina Kaif will enter the house as a surprise guest. 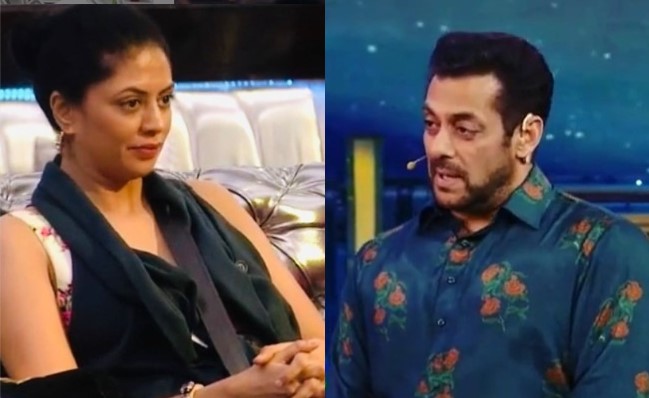 In the promotional video broadcast by Colors TV, Kavita was heard quoting Eijaz as saying, “mujhe dar lagta hai Kavita, mere paas khaana nahi hai Kavita. (I am feeling frightened Kavita, I don’t have anything to eat Kavita). I cooked for him.”

Even as Salman listen to Kavita’s meltdown, the FIR actor continued, “He’s a crazy man. I don’t want to associate my name with him. I’ve come here on my own talent.”

At this point, Salman was seen interrupting saying, “One second, one second.” But unaffected by Salman’s request to stop, Kavita continued, “My biggest mistake was that I had respect for this man from the industry.”

A visibly frustrated Salman told her in exasperation as he turned his back on her and said, “You keep fighting.”

In the next part of the promo, Eijaz was seen launching a tirade by saying, “Small minds, small people. They don’t deserve to be anyone’s friend. She’s making a mockery of herself on national TV.”

Kavita, who entered the Bigg Boss house as a wild card contestant, was stunned when Salman had informed her that he had not seen any female actor pulling off a police officer’s role better than how she enacted it in her famous TV series, FIR.

Bigg Boss fans will also see Shehnaaz Gill aka Punjab’s Katrina Kaif join the show this weekend. In the promo broadcast by Colors TV, Shehnaaz was seen giving tasks to the contestants.

Shehnaaz had shot to fame as she joined the controversial reality show in its last edition when Siddharth Shukla was declared the winner.