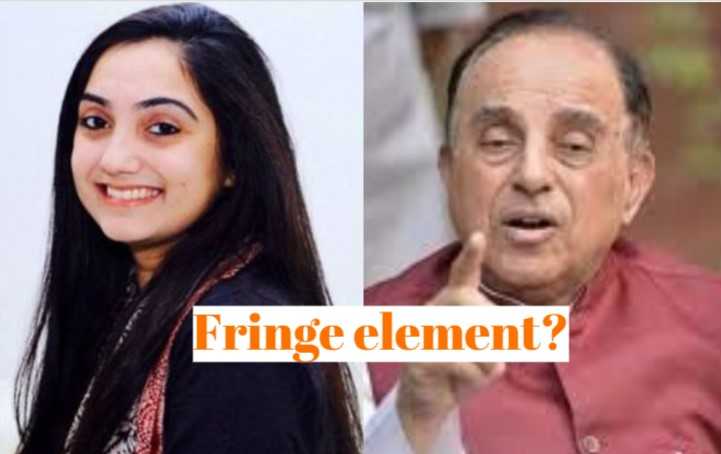 Qatar had summoned the Indian ambassador in the country to register its official protest over the insulting remarks made by two BJP BJP spokespersons, Nupur Sharma and Naveen Kumar Jindal, against Prophet Muhammad (Peace Be Upon Him).

“Ambassador had a meeting in the Foreign Office in which concerns were raised with regard to some offensive tweets by individuals in India denigrating the religious personality. Ambassador conveyed that the tweets do not, in any manner, reflect the views of the Government of India. These are the views of fringe elements,” the statement had read.

Mocking the statement of the Indian ambassador, Swamy tweeted, “That Nupur is a fringe element while as party Spokesperson!!!”

He added, “With Jaishankar as EAM what do you expect? Who sent our Ambassador in Qatar the text to read from?”

The BJP on Sunday suspended Sharma and Jindal from the primary membership of the party.